With $300 billion in liabilities, Evergrande has been struggling to resume construction work and deliver homes to buyers, saying this month that building had resumed at 95% of its projects.

It is offering special discounts on 10,000 apartments across 413 projects to push sales in the holiday period, its Pearl River Delta business unit said in a WeChat post last week, without elaborating.

In 2021, Evergrande recorded contracted sales of 443 billion yuan, down 39% from the previous year. It did not reveal a 2022 sales target and has stopped disclosing monthly sales since September.

The Golden Week sales target is to be divided across 28 district units, the Paper online media said on Wednesday, with Evergrande’s unit in the southwestern province of Sichuan taking most of the burden, at 128 million yuan.

The target for the period from April 25 to May 4 was first reported by the Paper, and overlaps with the Golden Week holiday for Labour Day, which starts on Saturday.

The person with knowledge of the matter asked not to be identified because he was not allowed to speak to media. Evergrande did not immediately respond to a request for comment.

The developer, known for aggressive promotions timed to coincide with Golden Week holidays in May and October, offered a 30% discount https://www.reuters.com/article/china-evergrande-discount-idUSL4N2G40PZ on properties in September 2020, before its debt crisis.

It targeted sales of 100 billion yuan each in September and October that year, garnering 182 billion for the two months, according to a filing. 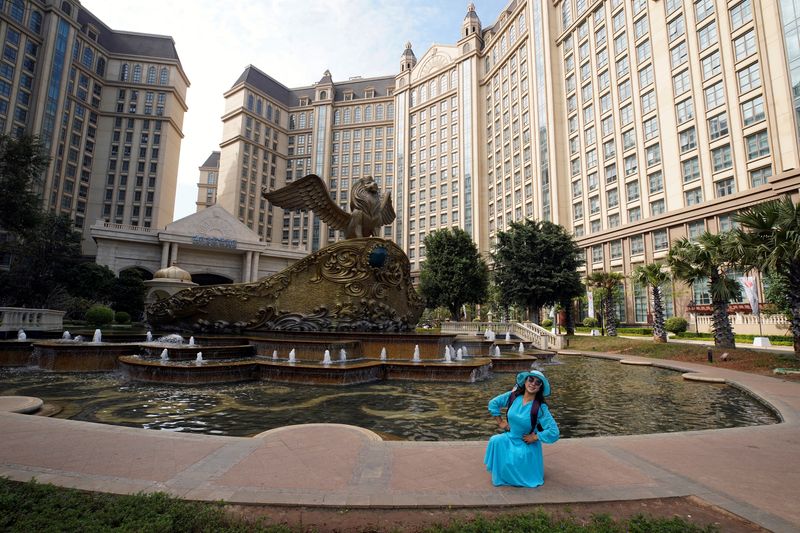