FRANKFURT -German sportswear maker Puma reported stronger-than-expected first-quarter results on Wednesday as high demand from both retailers and consumers more than offset the impact of the war in Ukraine and supply chain bottlenecks.

“We see that sports participation has grown again during COVID and also after COVID,” Chief Executive Bjorn Gulden told a news conference, adding Puma had also benefited from the trend to wear sneakers as part of everyday clothing.

The company said its earnings before interest and taxes (EBIT) rose 27% to 196 million euros ($208.62 million) in the first three months of 2022, compared with analysts’ average forecast for EBIT of 181.5 million euros.

Puma grew sales in all product categories thanks to the return of team sports after COVID-19 restrictions, the company’s efforts to make basketball “cool again” among U.S. teenagers and the pandemic-sparked popularity of outdoor sports, Gulden said.

“We clearly have a running boom,” the CEO said.

“And golf has had a great recovery. You know, golf was one of the few sports that you could do during COVID,” he added. “And after many years of stagnating numbers, we see two years ago great growth rates also among young people.”

At the same time, Puma’s agreements with Danish shipping company Maersk and unabated investments in logistics allowed it to push enough product through the tight supply chain to partly fulfil the high demand, Gulden said.

“Without the geopolitical situation, I think we would clearly have been more optimistic and would have upgraded our outlook,” Gulden said.

Amid the COVID outbreak in China and the Ukraine war, Puma will have to focus on mid-term growth by market share gains over short-term profit optimization with higher prices, which will raise its expenditures and hurt gross margin, the CEO said.

In late March, Puma’s U.S. rival Nike reported a sales beat for its third quarter that ended Feb. 28 as it reopened its Vietnam factories after COVID closures, allowing the company to take advantage of surging demand.

Puma’s German rival Adidas will publish first-quarter results on May 6.

(Reporting by Zuzanna SzymanskaEditing by Paul Carrel and Miranda Murray) 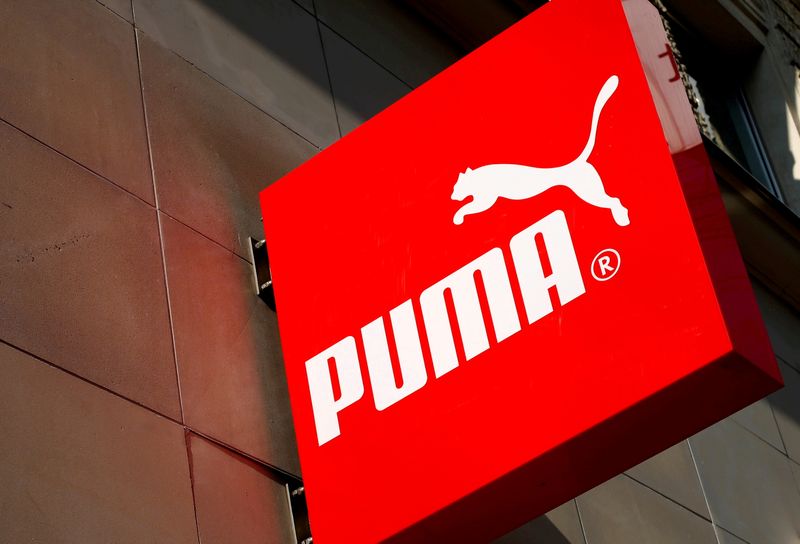