(Reuters) -T-Mobile US Inc beat estimates for first-quarter earnings on Wednesday as its heavy investments in ramping up 5G cellular networks helped it add more phone subscribers than expected and raise its forecast, sending its shares up about 3%.

Although the move to 5G and fiber optic-powered broadband internet has come at a huge cost for U.S. telecom players, hunger for data in a connected world is expected to drive a big rise in subscriber numbers in the coming years.

T-Mobile added 589,000 postpaid phone customers, compared with estimates of 584,900 according to FactSet, while it added three times more customers than last year for its high-speed internet services.

Postpaid phone customers pay for service at the end of each billing cycle and are considered valuable and less likely to switch carriers.

T-Mobile also raised its forecast for net postpaid customer additions this year to 5.3 million to 5.8 million from 5 million to 5.5 million estimated previously.

Net phone customer additions are expected to be “more weighted to the second half,” Chief Financial Officer Peter Osvaldik said on a post-earnings call.

The Bellevue, Washington-based company reported quarterly profit of 57 cents per share on revenue of $20.12 billion.

Analysts were expecting earnings of 33 cents per share and revenue of $20.11 billion.

(Reporting by Yuvraj Malik in Bengaluru; Editing by Anil D’Silva) 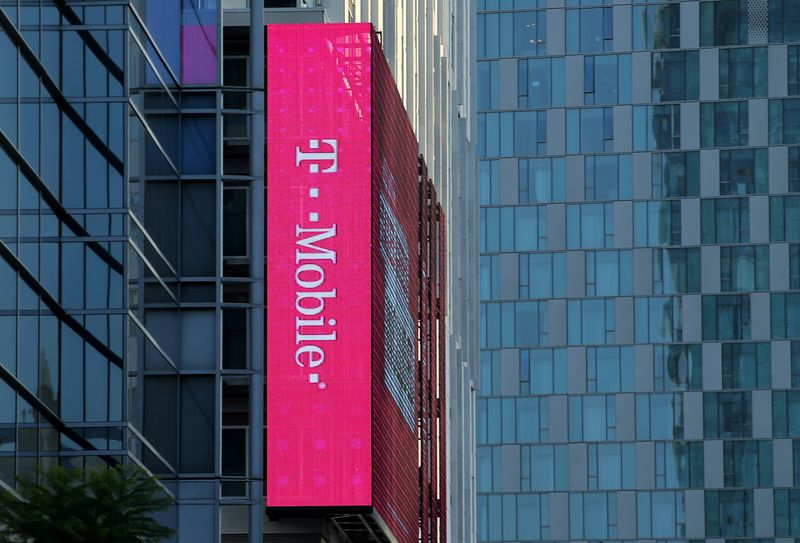