WASHINGTON (Reuters) – A group seeking to have U.S. Representative Marjorie Taylor Greene removed from the ballot accused her of giving “dubious” testimony during a recent court hearing.

In a court filing Wednesday, a group of Georgia voters said a text message reported by CNN two days previously casts doubt on Greene’s credibility and bolsters their argument that the first-term Republican congresswoman should be disqualified from seeking reelection.

Greene’s lawyer, James Bopp, said in a telephone interview that the court filing dishonestly distorts a text message she sent 15 months ago.

On Jan. 17, 2021, during the final days of Donald Trump’s presidency, Greene texted then-White House Chief of Staff Mark Meadows to tell him some fellow Republican lawmakers had privately suggested Trump should declare martial law to remain in power.

Greene said in the text message to Meadows: “In our private chat with only Members, several are saying the only way to save our Republic is for Trump to call for Marshall (sic) law. I don’t know on those things. I just wanted you to tell him. They stole this election. We all know. They will destroy our country next. Please tell him to declassify as much as possible so we can go after Biden and anyone else!”

According to the Georgia voters, the text undermines Greene’s testimony during a court hearing on Friday that she could not remember whether she had ever advocated martial law as a way for Trump to stay in office.

“Greene’s testimony at the hearing that she could not remember discussing martial law with anyone was already dubious,” the court filing said. “This text with President Trump’s Chief of Staff makes her testimony even more incredible because it seems like the kind of message with the kind of recipient that a reasonable person testifying truthfully would remember.”

Greene’s lawyer Bopp said the congresswoman was not advocating martial law, but rather informing Meadows about conversations her colleagues were having.


“The text itself is very innocuous and inconsequential,” he said.

An administrative judge is expected to rule early next month on whether Greene should remain on the ballot.

In a novel legal challenge, the voters argue that Greene violated a provision of the U.S. Constitution called the Insurrectionist Disqualification Clause by supporting an incendiary rally that preceded last year’s attack on the U.S. Capitol.

Greene has said disqualifying her would violate her rights and be unfair to voters. 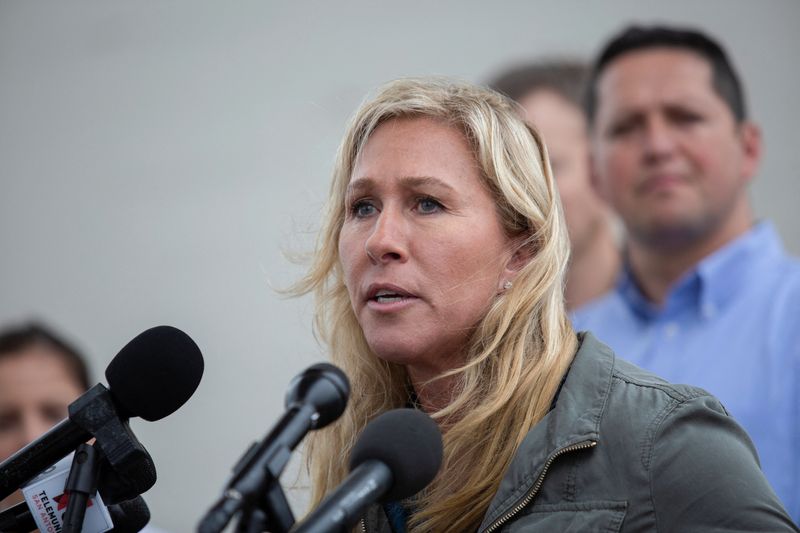