By Steve Scherer and Julie Gordon

OTTAWA (Reuters) – The front-runner to become the next leader of Canada’s opposition Conservatives said on Thursday he would ban the Bank of Canada from issuing a central bank digital currency if he became prime minister.

Pierre Poilievre, who is campaigning on a vow to make Canada the blockchain capital of the world, also said he would ensure the central bank faces regular scrutiny of its balance sheet, including an audit of its COVID pandemic bond-buying program.

“A Poilievre government will ban a central bank digital currency and allow Canadians to have the economic and financial liberty that they deserve,” he told reporters gathered outside Canada’s central bank building in Ottawa.

Poilievre, a Conservative member of parliament since 2004, is leading all polls ahead of a September vote to pick a new leader for Canada’s main opposition party. If elected, he will likely have to wait until 2025 for the next federal election, as Prime Minister Justin Trudeau’s Liberals have a political support deal with the New Democrats, a smaller left-leaning party.

The leadership race was triggered in early February when Erin O’Toole was ousted as Conservative leader after failing to beat Trudeau in last year’s election.

Poilievre, in his campaigning, has blamed Canada’s high inflation rate on the central bank’s pandemic purchases of government bonds and said cryptocurrencies, like Bitcoin, are a good way to “opt-out of inflation.”

Central bank officials, this week, pushed back on those claims.

“We don’t see cryptocurrencies as a way for Canadians to opt out of inflation or as a stable source of value,” Bank of Canada Senior Deputy Governor Carolyn Rogers told lawmakers on Monday.

Governor Tiff Macklem added that he foresees the Canadian dollar remaining at the center of the country’s financial system.

The Bank of Canada had no immediate response on Thursday.

The central bank has been working on a digital currency (CBDC) for a number of years. The CBDC is currently in the development stage, though a final decision on its launch is up to the federal government.

Inflation in Canada hit a 31-year high at 6.7% in March. Countries around the world are grappling with runaway prices amid strong demand and supply chain constraints. Russia’s invasion of Ukraine has pushed up commodity prices, adding to the pinch.

(Reporting by Steve Scherer and Julie Gordon in Ottawa; Editing by Paul Simao) 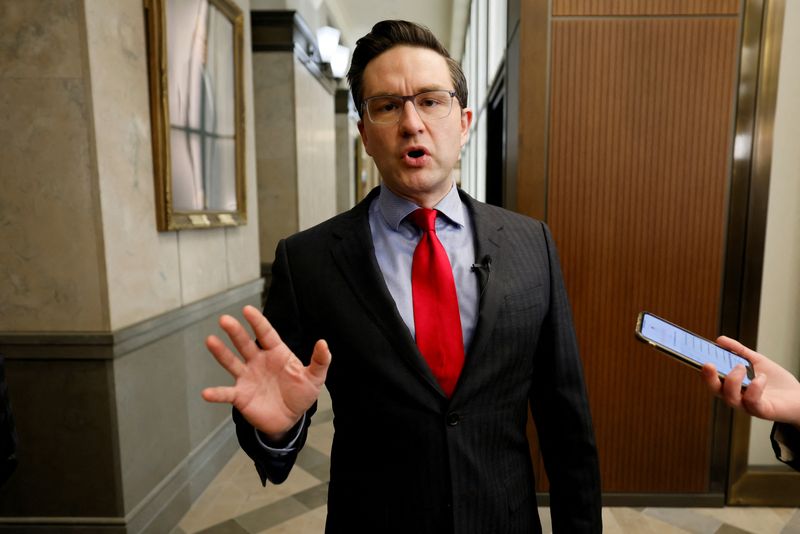