By Julie Zhu and Scott Murdoch

HONG KONG (Reuters) – Plans by Full Truck Alliance Co Ltd, China’s ‘Uber for trucks’, to raise $1 billion in a Hong Kong listing this year have been paused as a Chinese cybersecurity regulator has yet to announce findings of a probe into the company, two people with knowledge of the matter told Reuters.

The company, backed by investors including SoftBank’s Vision Fund and Tencent Holdings and known as Manbang in China, has been planning a dual primary listing in Hong Kong since at least October. It raised $1.6 billion in its New York initial public offering (IPO) in June last year.

But in July last year the Cyberspace Administration of China (CAC) said it was scrutinising two of Full Truck’s apps as part of investigations aiming to “prevent national data security risks and safeguard national security”.

Full Truck, unable to take on new customers pending the review’s completion, had expected the CAC to finalise any penalties by the end of March, and was hoping to proceed with its Hong Kong listing after that, one source said.

With limited updates from the regulator over the past few weeks, however, the company is unaware of when it could be given the findings or possible penalties, the person said, like other sources declining to be identified citing confidentiality constraints.

Formed in 2017 out of a merger between two digital freight platforms Yunmanman and Huochebang, Full Truck runs a mobile app that connects truck drivers to people that need to ship items within China.

The company’s listing in Hong Kong would have added to a growing list of New York-listed Chinese firms looking for a presence in bourses closer to home via second listings amid heightened scrutiny and stricter audit requirements from U.S. regulators.


Amid ongoing weakness in shares of Chinese firms listed in the United States, Full Truck’s stock has skidded to $4.95 from $19 in its IPO. Full Truck hasn’t disclosed its intentions regarding the future of its New York listing.

Due to a long-running Sino-U.S. audit stand-off, the U.S. authorities are moving towards kicking Chinese companies off American stock exchanges if the firms’ audit work papers are unavailable for inspection for three years in a row.

The people with knowledge of the matter said Full Truck is unable to press ahead with a Hong Kong share sale as long as uncertainty sparked by the regulatory investigation surrounds the business.

The probe into Full Truck came after the cyberspace regulator opened a similar investigation into Chinese ride-hailing app Didi Global Inc following its listing in New York in June against regulators’ wishes.

Didi has also put its plan to list in Hong Kong on hold indefinitely as it failed to win the greenlight from Chinese regulators for the listing, said a separate source with direct knowledge.

Didi did not respond to a request for comment.

The company previously aimed to file for its Hong Kong listing by end-April and list by June.

Didi said this month that it will hold an extraordinary general meeting on May 23 to vote on its New York delisting plans. 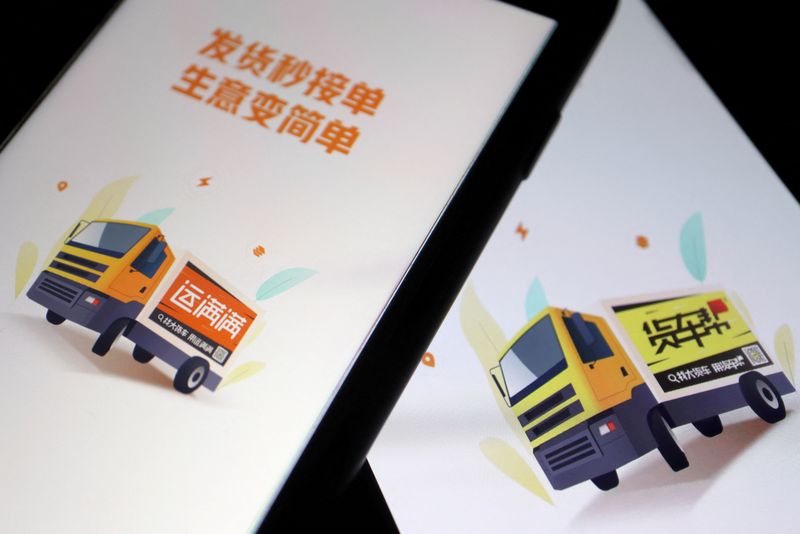