The official manufacturing Purchasing Managers’ Index (PMI) is expected to have dropped to 48.0 in April, the lowest reading since February 2020, and down from 49.5 in March, according to the median forecast of 26 economists polled by Reuters on Friday.

A reading below 50 indicates contraction from the previous month while one above that suggests expansion.

Analysts expected the deteriorating COVID situation in China and escalating anti-virus measures, including the lockdown of the mega city of Shanghai that lasted throughout April, drove the plunge in activity.

Electric car maker Tesla, on Wednesday flagged a temporary fall in production due to China’s curbs after it said last week it had lost about a month of build volume out of its Shanghai factory due to the shutdowns.

The full and partial lockdowns in key manufacturing hubs including Shanghai, Suzhou and Ningbo in April has disrupted domestic supply chains, analysts at Morgan Stanley said in a note, even though production could partly sustain under closed-loop management systems.

“The lockdown impact on the manufacturing sector would be more than headline PMI shows, given the unwarranted support from longer supplier delivery time amid road logistics disruptions,” Morgan Stanley analysts said.

China has vowed to tackle bottlenecks in supply chains affected by COVID by easing congestion at ports and airports and restoring delivery services, according to a State Council meeting chaired by Premier Li Keqiang on Wednesday, state TV reported.

Even as COVID cases in Shanghai declined in recent days, the capital city of Beijing is grappling with fresh outbreaks, leading to mass testing and mobility curbs in some parts of the city.

The official PMI, which largely focuses on big and state-owned firms, and its sibling survey for the services sector, will be released on Saturday.

The private-sector Caixin manufacturing PMI, which focuses more on small firms and coastal regions, will be published on the same day. Analysts expect its headline reading will ease to 47.0 from 48.1 the previous month. 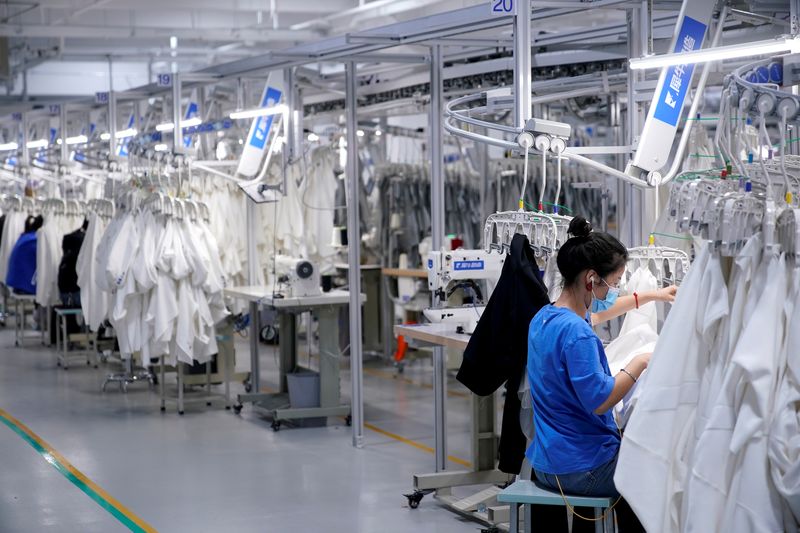