WASHINGTON (Reuters) – A retired New York City police officer charged with assault in the U.S. Capitol riot testified on Thursday that he was acting in self-defense when he struck a Washington officer with a flagpole and tackled him.

Thomas Webster, 56, testified that he drove to Washington to join a peaceful protest by supporters of then-President Donald Trump, as he seeks to become the first participant in the Jan. 6, 2021, attack to secure an acquittal in a jury trial.

“That officer incited me,” Webster told jurors when asked why he struck a Washington Metropolitan Police officer.

“I felt like I was dealing with a rogue cop,” Webster added, alleging the officer had escalated the situation by punching him in the face.

Of the four accused Capitol rioters to face a jury so far, Webster is the first to argue he was acting in self defense.

Webster served in the Marine Corps before spending about 20 years with the New York Police Department.

Prosecutors have rejected Webster’s defense and portrayed the District of Columbia police officer, Noah Rathbun, as the victim in the altercation.

Prosecutors said Rathbun made physical contact with Webster to create distance between the two men, who were on opposing side of a police barricade eventually overrun by Trump supporters.

“You were a police officer. You should know better,” the judge said during a court hearing in June.

About 800 people are charged with a role in the Capitol riot, which disrupted a joint session of Congress to certify Joe Biden’s presidential election victory and sent lawmakers scrambling for safety. About 250 have pleaded guilty so far.

Prosecutors have obtained convictions in all three jury trials so far, but have had a mixed record in trials decided by judges. 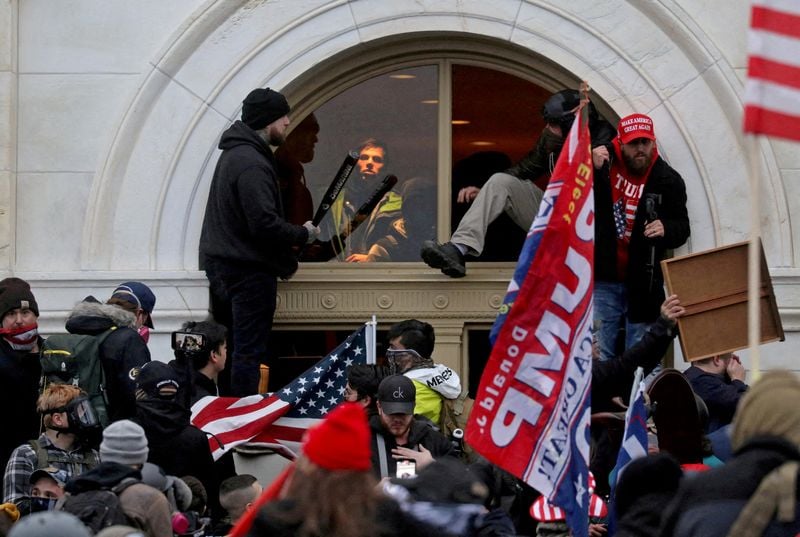