Thousands of residents were on standby to evacuate amid fears a Friday wind storm would push the blaze into communities in the Mora Valley, around 40 miles (64 kilometres) northeast of Santa Fe.

“Tomorrow has the potential to be another very destructive day,” incident commander Carl Schwope said in a video briefing.

The blaze is the largest and most destructive of a dozen wildfires that are burning in the U.S. Southwest. Scientists say the fires are more widespread and have started earlier this year due to climate change.

Heaps of metal are all that are left of homes burned along road 94 into Mora, where evacuees have fled a blaze that has burned with a speed and ferocity no one can remember in these farming settlements long accustomed to wildfires.

Officials urged residents to be ready to flee the fire that has destroyed hundreds of structures and forced upwards of 10,000 people to evacuate but has yet to claim any lives.

“Pack your bags; make sure you have your loved ones close,” Mora County Under Sheriff Americk Padilla told the briefing.

A 25-year drought has dried logs and branches to 8% humidity, less than timber used for home construction, turning forested mountains and valleys into a potential tinderbox.


Friday will be a test of whether fire breaks dug with bulldozers and by hand can contain a blaze that has so far burned 64,395 acres (26,060 hectares) or 101 square miles (260 square km), making it among the 15 largest in New Mexico history. 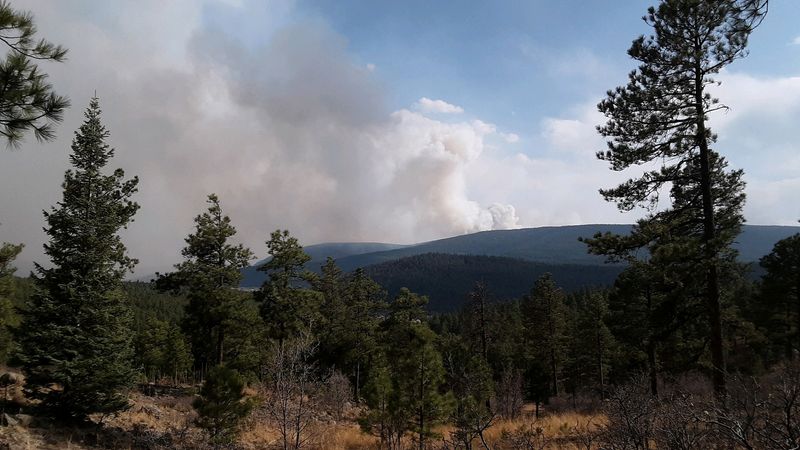