MADRID (Reuters) – Spain’s Sabadell on Thursday hit its profitability target of more than 6% earlier than expected following cost savings, lower provisions and a positive contribution from its British unit TSB.

Loan loss provisions in the quarter fell 36% compared to the same period a year ago as Sabadell recovered from the COVID-19 pandemic and closed the quarter with a 6.5% return on tangible equity (ROTE), up from 5.05% in the previous quarter.

In January, the Spanish lender already anticipated it would achieve a ROTE of more than 6% in 2022, a year earlier than planned in its three-year strategy.

“We are beginning the year by improving our performance across all margins and we are continuing to reduce costs, this is accompanied by consolidation of TSB’s positive contribution,” Sabadell’s Chief Executive Officer Cesar Gonzalez-Bueno said in a statement.

At 0746 GMT, Sabadell shares rose more than 4.5% on the results, against a 0.6% rise for Spain’s blue-chip index Ibex-35, as analysts at JPMorgan and JB Capital also welcomed a solid capital built-up in the quarter.

Sabadell ended March with a core tier-1 fully loaded ratio, the strictest measure of solvency, of 12.45% compared to 12.18% at end-December.

The bottom line also rose on higher trading gains and a decline in costs of 5.6% in the quarter compared to the same quarter last year, mainly because of efficiency savings of more than 100 million euros annually from 2022 onwards from restructuring plans.

TSB made a positive contribution to parent group’s results for the fifth consecutive quarter, contributing 19 million euros, compared to 2 million euros at the end of March 2021.

Sabadell had frozen previous plans to sell TSB until it turns around the business.

TSB’s acquisition by the Spanish lender in 2015 ran into issues in 2018 when IT glitches drove up costs.

At group level, first-quarter net interest income rose 3% from a year earlier to 858 million euros, compared with forecasts of 853 million euros, although it fell 0.6% against the previous quarter on pressure from low interest rates. 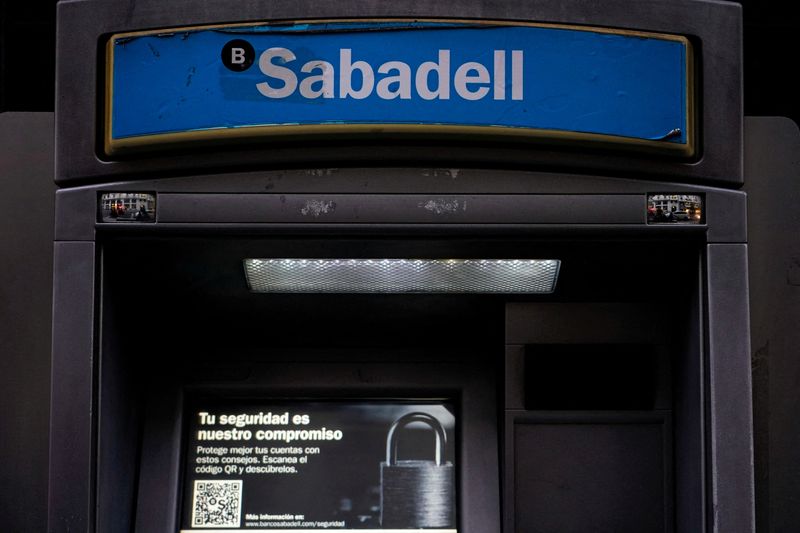