OTTAWA – The Canadian economy most likely grew by an annualized 5.6% in the first quarter, official data showed on Friday, well ahead of the Bank of Canada’s recent projections, reinforcing the likelihood of another oversized interest rate increase.

Canada’s real gross domestic product rose by 1.1% in February from January, beating analyst estimates of 0.8% growth and gaining for a ninth consecutive month. The economy likely grew by 0.5% in March, Statscan said in its flash estimate.

The flash estimate for first-quarter annualized growth was much higher than the 3.0% forecast published by the Canadian central bank earlier this month. The economy posted broad-based increases as COVID-related restrictions were eased, Statistics Canada said.

“The Bank of Canada has set the table for a 50-basis-point hike in June, but data like this will have markets pricing in at least some chance that central bankers need to move more aggressively,” Royce Mendes, head of macro strategy at Desjardins Group, said in a note.

Earlier this month, the Bank of Canada announced a rare 50-basis-point hike, pushing its key interest rate to 1.0%, and is widely expected to go ahead with another oversized rate increase at its next meeting on June 1 as it fights to rein in runaway inflation. It has not ruled out an even larger move.

Governor Tiff Macklem earlier this week said Canada’s economy was “overheating” and higher interest rates were needed to cool demand. Rates may need to go above the neutral level – seen at 2%-3% – for a period, he said.

Dropping public health restrictions imposed in December and January in response to a wave of infections fueled by the Omicron variant of the coronavirus reversed the fortunes of client-facing industries in February, Statscan said.

The accommodation and food services sector jumped 15.1%, clawing back nearly all the declines of the previous two months. Transportation rose as people returned to trains and planes, and the arts, entertainment and recreation sector bounced back. 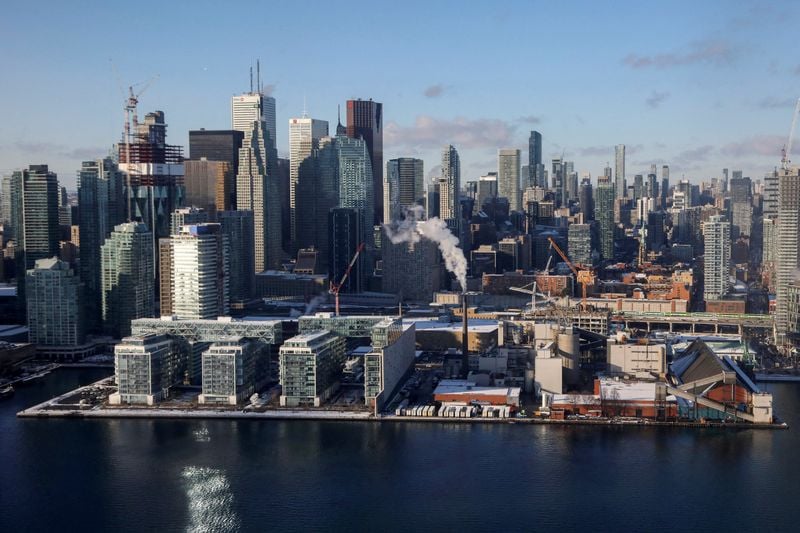