BERLIN – Would you love to grow your own vegetables, if only you had the space, and there wasn’t so much digging and, frankly, manure? Germany may have just the thing.

Pre-planted vegetable gardens, rented for a season, were already growing in popularity as a source of recreation during the coronavirus pandemic, and a surge in food prices has now driven demand even higher.

When inflation figures for March showed fresh vegetable prices jumping 15% in a year, the issue hit the national political agenda.

Meine Ernte (“My Harvest”), which rents out small allotments all over Germany for city dwellers to grow vegetables, has expanded its stock by a sixth to 3,500 plots this year to meet rising demand.

“In the last two years, due to coronavirus and now also due to the situation in Ukraine, demand has increased very significantly,” said co-founder Natalie Kirchbaumer at a garden on the outskirts of Berlin.

Alexander Strauch, a 32-year-old Berliner, was looking for a new hobby, and is renting a plot for the first time.

“The cost factor is an issue, especially now, and we’re lucky that we got a garden like that because the slots are of course very popular,” he said.

The first evening starts with a briefing from Kirchbaumer for a few dozen attentive beginners, followed by marking out plots and then watering the radish and lettuce shoots that are already poking through the soil.

The first of these will be ready in about four weeks. In time, there will be around 20 other vegetables to harvest such as chard, cabbages, turnips and potatoes.

Some will be satisfied with that; others may now be ready to get their hands dirty and replant.

Those are the growers that will save between half and two-thirds of the cost of their produce, said the other co-founder, Wanda Ganders.

The harvest will depend on the weather and how well the plants are tended; Ganders said one couple managed to produce 450 kg – almost half a tonne – of vegetables in a single season.($1 = 0.9486 euros) 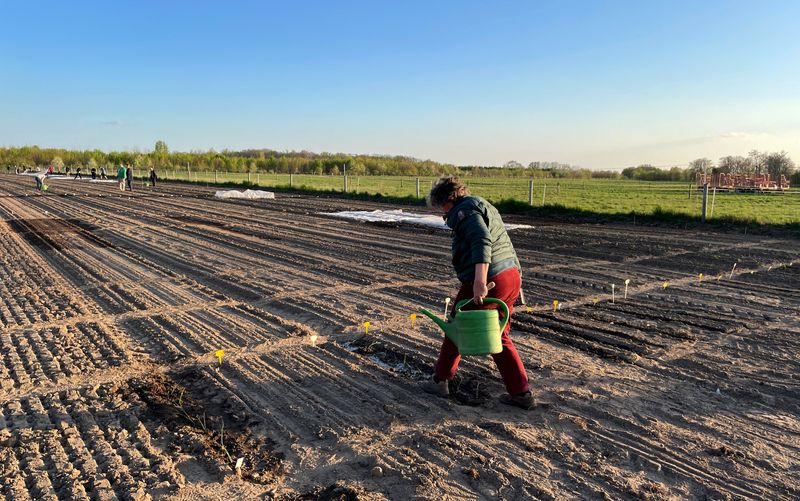 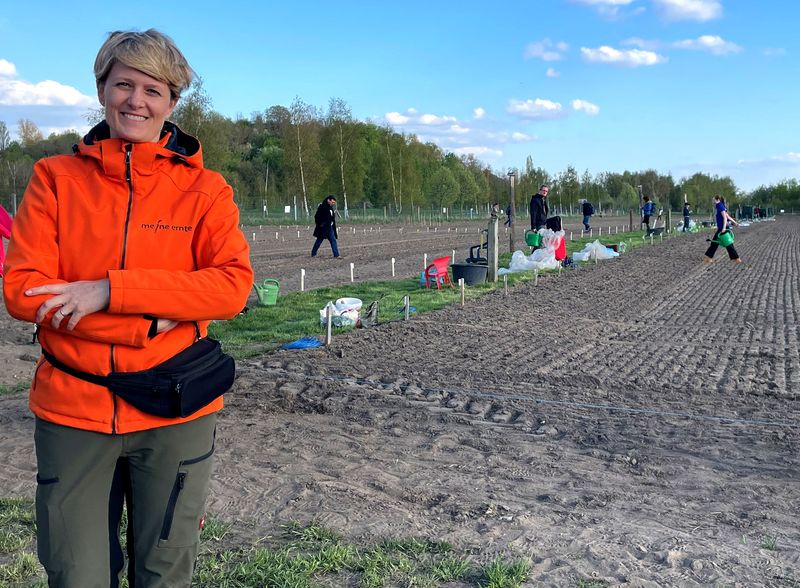 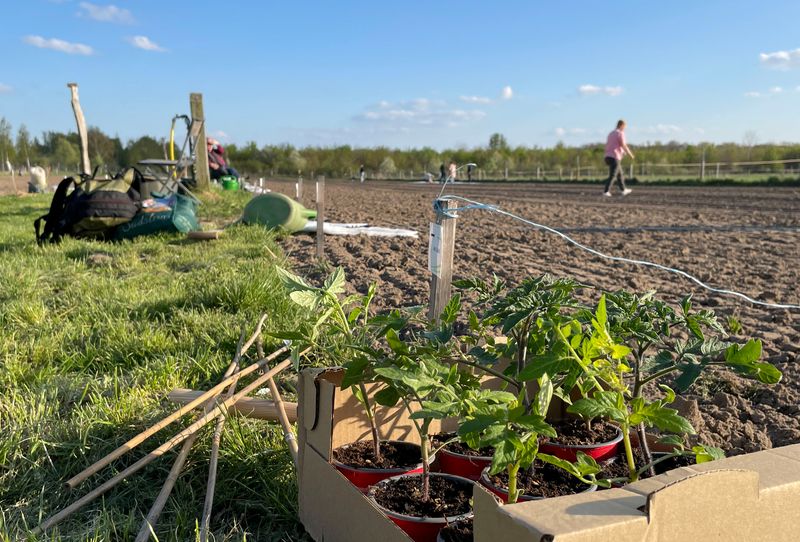 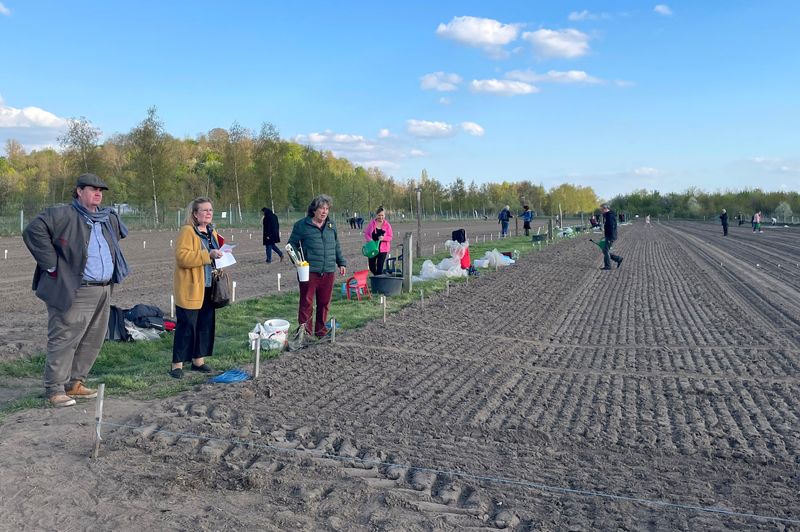 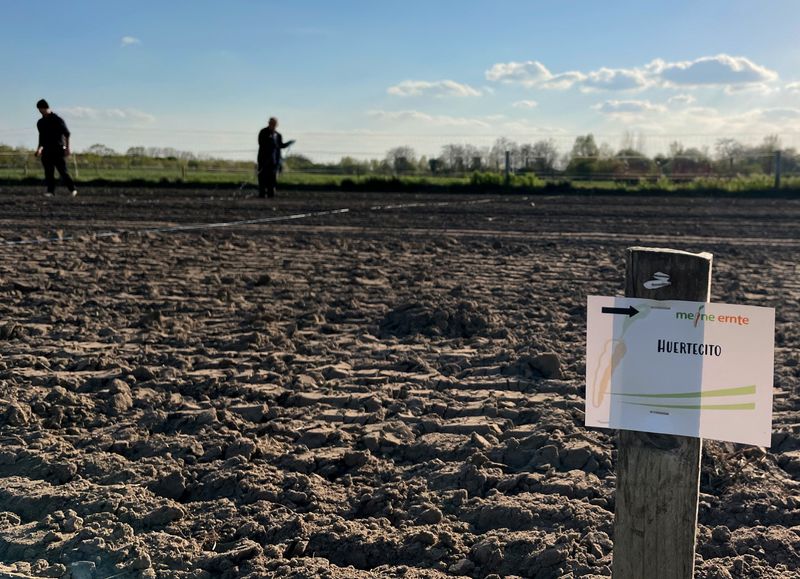