SYDNEY (Reuters) – Australian job advertisements dipped in April from multi-year highs, but still point to continued strong demand for labour that will likely soon drive unemployment to its lowest since the early 1970s.

Monday’s figures from Australia and New Zealand Banking Group Ltd showed total job ads fell 0.5% in April from March. Ads were still up 26.3% on a year earlier at 242,536 and more than 57% higher than February 2020, before the pandemic first struck.

“We expect strong labour demand to lead to solid employment gains in the coming months,” said David Plank, ANZ’s head of Australian economics. “We see the unemployment rate dropping well below 4% in the second half of 2022, which should reinforce the momentum toward higher wages growth.”

The jobless rate has surprised by falling sharply over the past year to reach 4.0% and a further drop is expected in April.

With the economy almost at full employment and inflation running hot, the Reserve Bank of Australia (RBA) is expected to hike interest rates from record lows of 0.1% at either its May of June policy meetings.

The bank’s board meets on Tuesday and speculation is high it will lift rates to 0.25% in the start of a tightening cycle that investors wager could see rates at 2.5% by the end of the year. 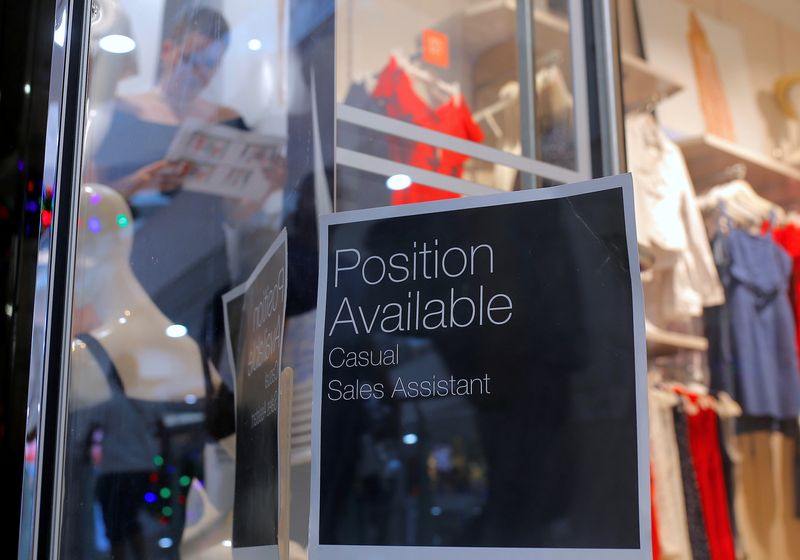