LONDON – The company behind the “Bored Ape” series of NFTs has raised around $285 million worth of cryptocurrency by selling tokens which represent land in a virtual world game it says it is building.

As non-fungible tokens (NFTs) – crypto assets that represent digital files such as images, video, or items in an online game – exploded in popularity, Bored Ape prices surged to fetch hundreds of thousands of dollars each.

They became one of the most prominent NFT brands, with Apes sold at top auction houses and owned by celebrities including Paris Hilton and Madonna.

Now, Yuga Labs – which raised $450 million in March in a funding round led by Andreessen Horowitz – has set its sights on the so-called “metaverse”.

In an online sale on April 30, Yuga Labs sold NFTs called “Otherdeeds”, which it said could be exchanged as plots of virtual land in a future Bored Ape-themed online environment called “Otherside.”

The “Otherdeeds” could only be bought using the project’s associated cryptocurrency, called ApeCoin, which launched in March.

There were 55,000 Otherdeeds for sale, priced at 305 ApeCoin each, and the company wrote on Twitter that these had sold out.

This means the sale raked in 16,775,000 ApeCoin, worth around $285 million as of Sunday, according to Reuters calculations based on the price of ApeCoin on cryptocurrency exchange Coinbase at 1210 GMT.

It was not clear how the funds would be distributed, although the company said the ApeCoin would be “locked up” for one year.

While many are baffled by the idea of paying real money for land which does not physically exist, some virtual land NFTs have already fetched millions of dollars.

The Otherside metaverse will be a multi-player gaming environment, according to its website, which says it is currently under development.

Yuga Labs declined to say how many people were working on building Otherside or when it would be launched. 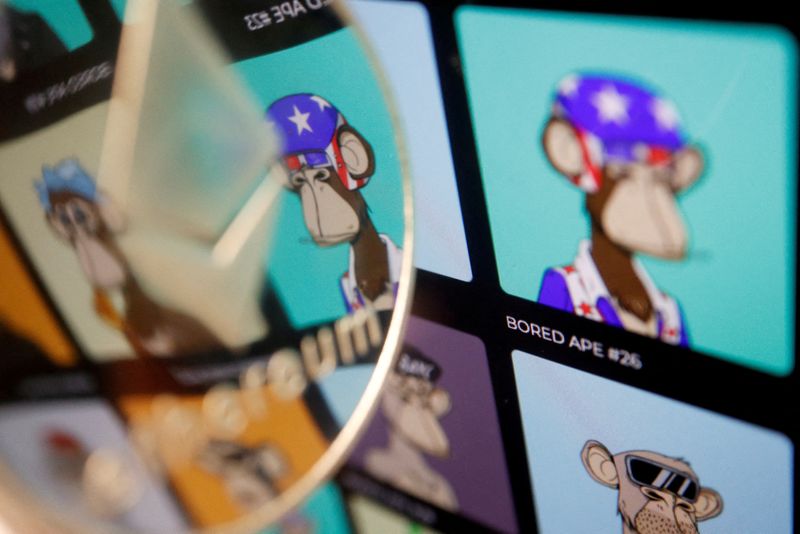