TAOS, N.M. – A drought-driven wildfire in northern New Mexico exploded into a “megafire” of 100,000 acres, or 157 square miles, on Saturday and could still more than double in size, a fire official said.

Fueled by ferocious spring winds in parched mountain forests, the Calf Canyon fire is by far the largest and most destructive currently burning in the United States.

Around 30 miles (48 km) east of Santa Fe, the fire has destroyed hundreds of properties, triggered thousands of evacuations and on Saturday burned within a few miles of the city of Las Vegas, New Mexico, population 14,000.

“It’s already 100,000 acres. It could easily double in size, maybe even bigger than that,” Incident Commander Carl Schwope, told a briefing.

The blaze grew about 50% in 24 hours as a giant column of flame collapsed on Friday night, raining embers and starting new fires. Residents of Las Vegas awoke to pieces of charred wood the size of a U.S. quarter coins carpeting the city.

Officials feared another “column collapse” at any time.

“It’s a big fire and it’s all around us,” San Miguel County Manager Joy Ansley said by phone, adding that authorities were making plans in case Las Vegas was told to evacuate.

Firefighters believe the U.S. West faces a grim fire year, with U.S. Department of Agriculture data showing 80% of the area in severe drought.

Under the scenario of a two-degrees-Celsius rise in global temperatures, scientists expect U.S. West wildfires to burn twice the area they do now by as early as mid-century.

Over a third of the 2,800 firefighters now deployed in the United States were on the Calf Canyon fire, bulldozing firebreaks to defend Las Vegas and fighting ember-sparked “spot fires” creeping towards villages in the Mora Valley.

So far this year U.S. wildfires have burned more than twice the area than in the same period of 2021 and about 70% more than the 10-year average, according to the National Interagency Fire Center. 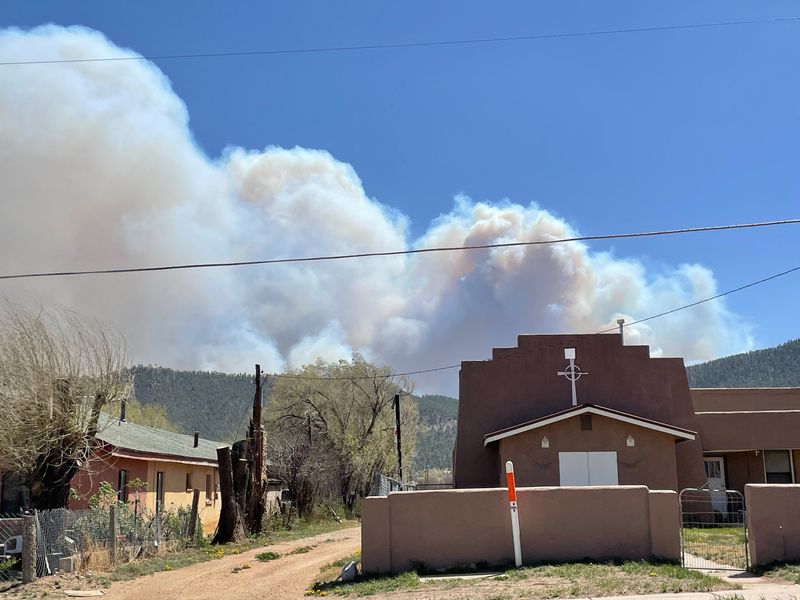 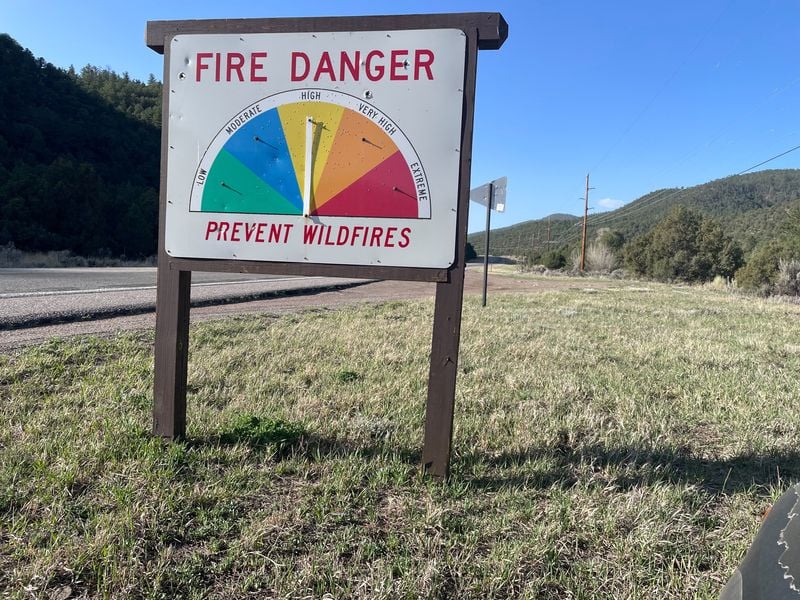