NEW YORK -A volatile stock market faces a critical test next week, when the U.S. Federal Reserve is expected to raise interest rates and give more insight on its plans for tightening monetary policy to fight surging inflation.

Worries over an increasingly hawkish Fed have helped drag the benchmark S&P 500 index down 13.3% so far in 2022, , its steepest four-month decline to start any year since 1939.

While investors have ramped up expectations of how aggressively the central bank may tighten monetary policy, many are concerned the Fed will not be able to keep the economy afloat as it battles the worst inflation in nearly four decades.

Compounding concerns over monetary policy, investors have been riled by everything from rising bond yields to the war in Ukraine and more recently lockdowns in China. The market is also entering a historically weaker six-month period for stocks.

“We’re going to be in for, I think, more dicey, choppy, volatile markets here for a while longer, just because of the uncertainty,” said Randy Frederick, vice president of trading and derivatives for Charles Schwab in Austin, Texas, who said that “things turned the other direction right at the beginning of the year,” coming off a strong fourth quarter at the end of 2021.

Investors widely expect the Fed to raise rates by 50 basis points when the central bank’s meeting concludes on Wednesday. They are also bracing for signals from Fed Chair Jerome Powell about the future path of interest rates, the central bank’s plans for reducing its balance sheet and its view on when inflation will recede. Policymakers raised rates in March by 25 basis points, the first increase since 2018.

“If the Fed continues to expect high levels of inflation and they don’t see it moderating in the future, that will be a concern for investors,” said Michael Arone, chief investment strategist at State Street Global Advisors. “It will mean that the Fed will continue to raise rates and tighten monetary policy, which the market is expecting, but maybe even more aggressively.”

Beyond next week’s action, policymakers have coalesced around an overall increase of the federal funds rate to at least 2.5% by year end.

Crucial to the tightening plans will be how persistent officials view the current pace of inflation after March’s consumer price index showed an annual increase of 8.5%, the largest rise in over 40 years.

Given that there are indications inflation has started to peak, said Kei Sasaki, senior portfolio manager at Northern Trust Wealth Management, “if there is an even more resounding hawkish tone coming out of that meeting, then that could certainly be viewed as negative.”

The selloff accelerated on Friday as the S&P 500 tumbled 3.6% — its biggest one-day drop since June 2020 — following a disappointing earnings report from Amazon that sent the e-commerce giant’s shares down 14%.

The month of April marked the S&P 500’s biggest monthly fall since the onset of the coronavirus pandemic in early 2020, while the tech-heavy Nasdaq logged its largest monthly drop since the 2008 financial crisis.

As investors have girded for tighter monetary policy, bond yields have jumped this year, with the yield on the 10-year Treasury note up to about 2.9% from 1.5% at the end of 2021.

That has particularly pressured tech and growth stocks, whose valuations rely on future estimated cash flows that are undermined when the investors can earn more on risk-free bonds. The Russell 1000 growth index has fallen some 20% so far this year.

Meanwhile, investor sentiment is dour. The percentage of individual investors describing their six-month outlook for stocks as “bearish” rose to 59.4%, its highest level since 2009, according to the latest weekly survey from the American Association of Individual Investors.

To be sure, after the market’s recent slide, the Fed’s actions could provide some comfort. Following the Fed’s expected rate hike in March, the S&P 500 rallied more than 8% over the ensuing two weeks. Investors will keep an eye on corporate results, after a mixed week of earnings from megacap companies. Reports from Pfizer, Starbucks and ConocoPhillips are due next week, among others.

With the calendar flipping to May, seasonality also looms as a possible factor for investors. The S&P 500’s strongest six months of the year since 1946 have been November through April, when the index has risen an average of 6.8%, according to a CFRA note earlier in the week.

By comparison, the index has gained only 1.7% on average from May-October. However, more recently, the trends have not been as strong. In the past five years, the S&P 500 has averaged a 7.2% gain in the May-October period versus 5% for November-April, according to a Reuters analysis. “I don’t know how important seasonality is going to be this time around,” said Jack Ablin, chief investment officer at Cresset Capital Management. 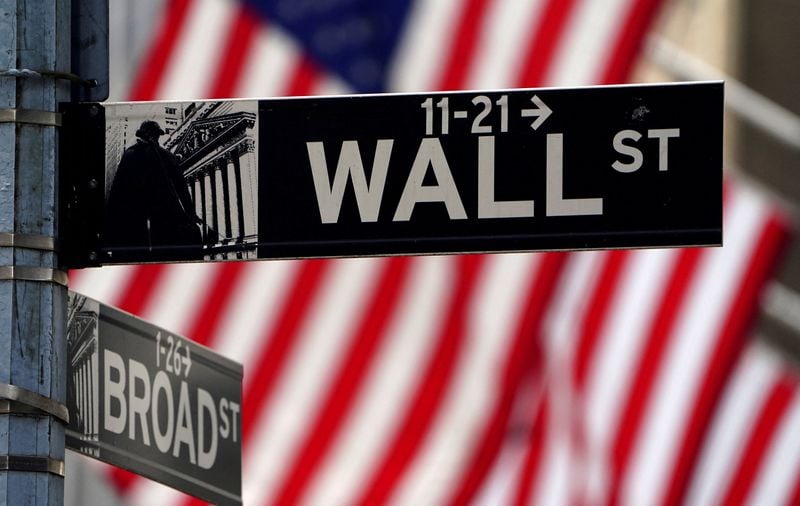