CHICAGO/PARIS (Reuters) – Organic and free-range chickens have been thrown into lockdown. Egg-laying hens that normally have access to the outdoors can no longer roam as freely or feel the sun on their beaks as some U.S. and European farmers temporarily keep flocks inside during lethal outbreaks of bird flu, according to egg producers and industry representatives.

The switch comes as a surprise to shoppers already shelling out more money for eggs due to cullings of infected flocks. Consumers pay extra for specialty eggs, thinking they come from hens that can venture out of barns.

U.S. watchdogs say retailers and egg companies must do a better job informing customers that hens are kept inside, as shoppers track their spending amid record global food inflation. Keeping birds inside is safest for now, according to government officials, because a single case of bird flu results in entire flocks being culled. The virus can also infect humans, though experts say the risk is low. In France, where the government has temporarily required farmers to keep chickens indoors since November, some retailers are defying obligations to post clear information for consumers about the mandate, according to checks of grocery stores by Reuters. “I didn’t know that they had to stay inside,” said Josephine Barit, 34, a shopper at a small Paris store that had no indications hens may have been confined.

“So it’s not really ‘free range’ anymore?” she said. “I suppose there is no other choice because of bird flu, but they could say so.”

Allowing chickens time outside is thought to be more humane, giving consumers some peace of mind about buying animal farm products. Veterinarians say poultry with outdoor access are particularly vulnerable to becoming infected with bird flu, officially known as highly pathogenic avian influenza or HPAI, because migratory birds spread the disease. Poultry can fall ill from contact with infected wild birds, their feathers or feces.

The U.S. Department of Agriculture recommends farmers keep poultry indoors “as long as the HPAI outbreak is ongoing,” but has not required confinement.

The U.S. outbreak is the second-worst in history, with more than 35 million birds wiped out this year. France has culled nearly 16 million birds in its worst outbreak ever, while infections have also hit nations including Britain, Italy and Spain.

European requirements to confine chickens have left some consumers dissatisfied even when retailers post signs notifying customers of the change.

“At the end of the day you still pay the price of ‘free range’ or organic eggs when the fowls have actually never seen the sky,” said Marc Dossem, 52, a shopper who spoke in a large supermarket in Paris.

EU and British marketing standards allow for free-range laying hens to be kept inside for up to 16 weeks before companies must issue advisories to customers.

Britain temporarily required eggs from “free-range” hens kept indoors to be labeled “barn eggs,” but has allowed farmers to let hens outside again starting in May.

In Spain, hens must be kept indoors in special risk and surveillance areas of the country, said Mar Fernández, Spanish head of the Interprofessional Organisation of Eggs and Egg Products. They have not yet been indoors for more than 16 weeks, she said.

“There are countries that no longer have eggs from free-range hens available for months,” Fernández said.U.S. authorities do not require organic egg producers to update labels when unexpected events like bird flu change production practices, the agriculture department said. Eggs labeled “organic” as well as “free range” must come from hens with access to the outdoors in the United States.

Among the suppliers now prohibiting outdoor access is Pete and Gerry’s, which says it is the leading U.S. producer of organic, free-range and pasture-raised eggs. The business sells eggs in stores owned by Kroger Co and Amazon.com Inc’s Whole Foods Market.

“We will be constantly evaluating the exposure risk and will have them back outside in the sunshine as soon as possible,” Pete and Gerry’s said.

Vital Farms Inc, another U.S. producer of pasture-raised eggs, said it confined hens after outbreaks in Europe. Both producers have information online about the switch, but their “free-range” and “pasture raised” labels remain the same.

Whole Foods, Kroger and Target Corp did not respond to questions about whether they would post notices for shoppers. “Consumers should get what they pay for and they’re not getting the product as advertised,” said Danielle Melgar, a food advocate for the U.S. Public Interest Research Group.

Some European producers are resisting orders to confine poultry, despite the risks.

“Laying hens can be quite aggressive so we let them out a little bit every day or they will kill each other,” said Emilie Ravalli, who runs an organic farm in Corcoue-sur-Logne in western France.

But barns can be comfortable, and chickens do not always go outside each day even when they are able to, said Gregory Martin, a poultry scientist at Pennsylvania State University.

“Confinement gives us safety,” Martin said. “Only live birds produce eggs, so it’s to our advantage to keep our birds safe.”

(Reporting by Tom Polansek in Chicago and Sybille de La Hamaide in Paris; Additional reporting by Nigel Hunt in London and Emma Pinedo Gonzalez in Madrid; Editing by Caroline Stauffer and Matthew Lewis) 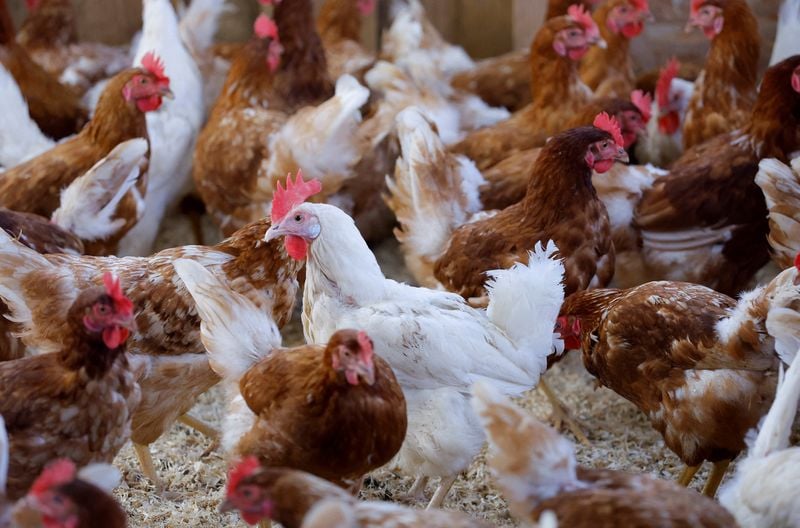 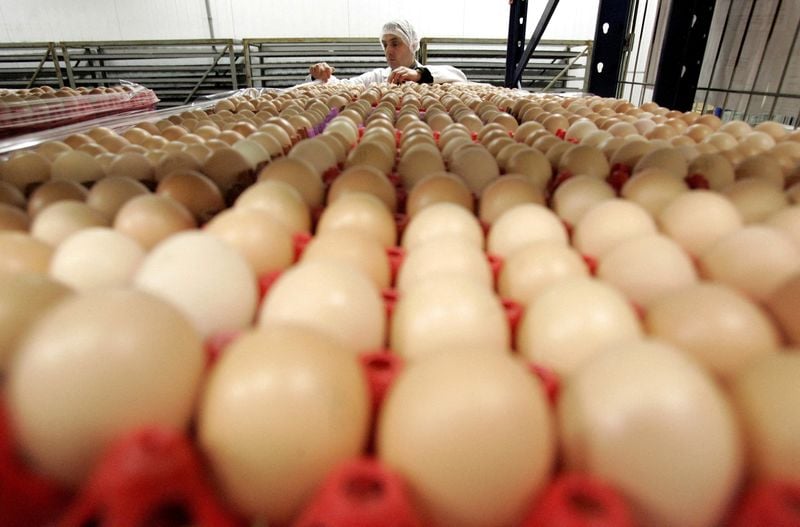 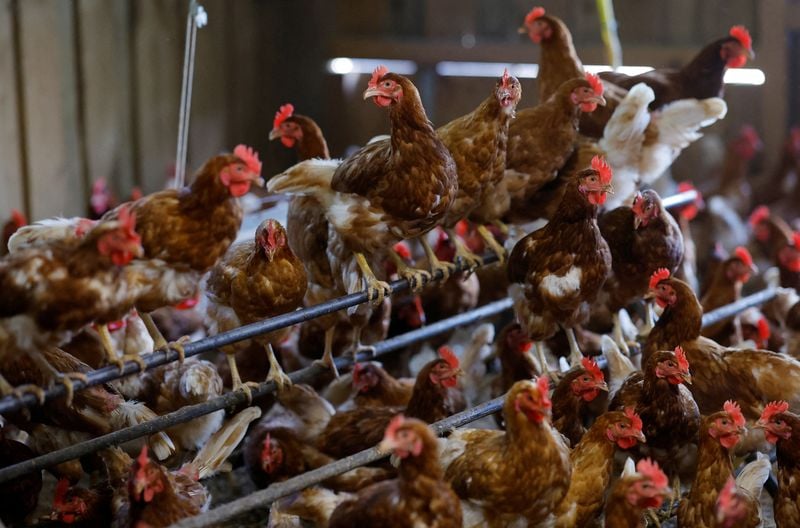