NEW YORK -Citigroup Inc is in “active dialog” to carry out the sale of its Russia consumer business that it announced a year ago, Chief Executive Jane Fraser said on Monday.

“We’re selling our consumer and our commercial banking franchise on the ground there, and we’re in active dialog around that,” Fraser said in a Bloomberg Television interview at the Milken Institute Global Conference.

Investors have been worried that the sale was in limbo because of economic sanctions western nations have imposed to punish Russia for its invasion of Ukraine.

Fraser announced in April 2021 that Citi would divest its Russia consumer business along with a dozen other consumer businesses in Asia and EMEA markets that she said were too small to keep. Citi has since found buyers for many of those businesses.

Fraser also said in the interview that Citigroup will continue to serve multi-national corporations in Russia because they need the bank to shutdown their businesses there.

“We’ve stopped soliciting new business, new clients. We’re clearly shrinking down our exposures, our business,” Fraser said. “But you’re kind of the captain who’s the last one off the ship.”

Earlier in the day, Fraser said in a panel discussion at the conference that western countries’ use of sanctions as a weapon against Russia is prompting some of Citi’s international clients to explore new ways to conduct trade and finance.

In the Middle East, Fraser said, “you hear the clients there talk about the fact that they don’t trust the western financial order to put all of their eggs in that basket going forward, that they are going to be looking at other places.”

Fraser added: “You have to anticipate the splintering of the old global financial order, the acceleration of new venues.”

Citigroup is the most internationally diversified of big banks based in the United States. It provides trade finance to corporations and wealth management to billionaires around the world.

“This weaponization of financial services is a very, very big deal,” Fraser said. “It will probably accelerate the recognition of the emerging markets and the development of their bown domestic capital markets.” 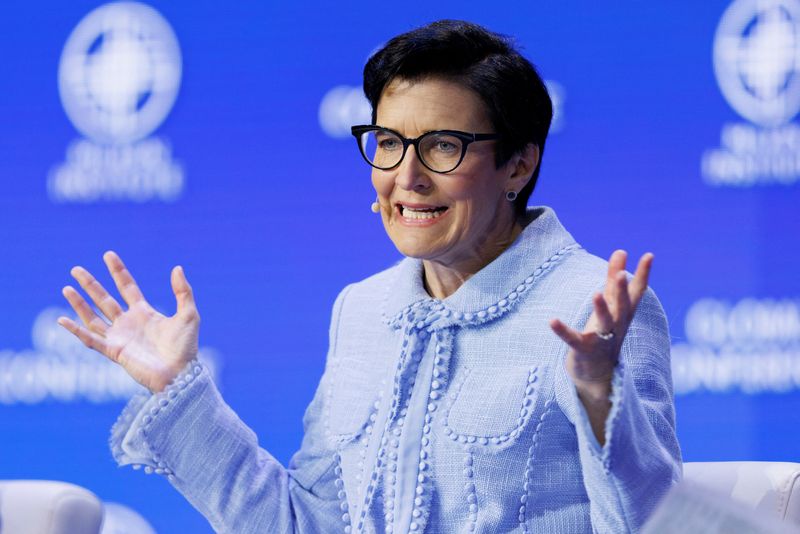