MELBOURNE -Mike Cannon-Brookes, a tech billionaire and climate activist, said he has gained an 11.28% interest in Australia’s AGL Energy, a move that follows the company’s rejection of a $3.8 billion takeover offer he made with Brookfield Asset Management.

The off-market purchase by Cannon-Brookes’ Grok Ventures is aimed at blocking a plan by the country’s biggest power producer and polluter to split into two companies – a plan that Cannon-Brookes called “flawed” in a letter to AGL’s board.

“As a result, we intent to vote every AGL share we control at the relevant time against the demerger, and will actively encourage all AGL shareholders to do the same,” he said in the letter which was released to media.

Cannon-Brookes told the AGL board that the demerger would “entrench a position that is inconsistent with limiting climate change” and urged the board to disclose his letter to the Australian stock exchange so other shareholders would be aware of his intention to vote against the demerger.

To go ahead, AGL’s plan requires approval from 75% of the votes cast. With Cannon-Brookes holding 11.28% of the shares, only a further 14% would need to oppose the split in order for the demerger plan to be blocked.

AGL said its board was committed to delivering on the proposed demerger which will be put to a shareholder vote in June. The company intends to split into an energy retailer, called AGL Australia, and a coal-fired power generation company, called Accel Energy.

“The AGL Energy demerger is on track to be completed by the end of next month,” it said in a statement ahead of receiving Cannon-Brookes’ letter.

In a tweet on Monday, Cannon-Brookes, co-founder of software company Atlassian Corp, released a sunset photo of the New South Wales Highlands, saying “Stunning country we’re lucky enough to live in. Let’s keep it that way.”

In his letter, he said AGL Australia and Accel would “emerge as two weaker, interdependent entities that are more costly to run” and said he expects their total value would be worth less than AGL’s current value.

Earlier this year, Grok with Canada’s Brookfield Asset Management jointly bid for AGL, aiming to shut down its coal-fired power plants several years ahead of their scheduled closure.

AGL’s shares have jumped 20% since Feb. 18, the last trading day before AGL announced it had rejected the takeover offer. The offer was later sweetened but was also rebuffed. 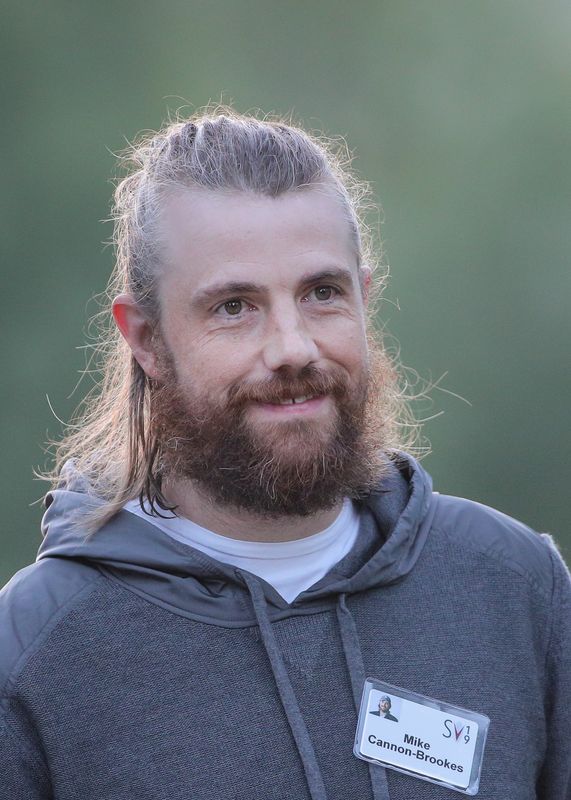