(Reuters) – Fertilizer makers are set to post their biggest quarterly profits in years, following a supply squeeze of essential crop nutrients due to the Ukraine crisis, according to analysts.

Top fertilizer makers Nutrien Ltd, Mosaic Co and CF Industries are expected to benefit as sanctions on Russia and Belarus, the world’s No. 2 and 3 producers of potash, sent prices of the key fertilizer nutrient to levels not seen since the 2008 food crisis.

“Nutrien, for sure, is going to raise their (earnings) guidance. I’d be shocked if they don’t,” said Joel Jackson, senior analyst at BMO Capital Markets Equity Research.

However, events in Ukraine have pushed prices to new highs as Russia is one of the top suppliers of potash and other crop nutrients such as nitrogen, phosphate, urea and ammonia.

Nutrien, the world’s biggest fertilizer maker, said in March it would ramp up its annual potash output by 1 million tonnes to nearly 15 million tonnes in response to the uncertainty of supply from Eastern Europe.

Nutrien may face challenges in finding the labor to ramp up its capacity, Jackson warned.

“For companies like Mosaic and Nutrien that are vertically integrated and mining their own potash, they should feel the cost inflation less than perhaps a CF who still needs to buy U.S. natural gas to make nitrogen.”

Breaking News
Tesla to cut salaried workforce by 10% over next 3 months, says Musk

Analysts will also look out for comments on demand getting hit due to higher prices. Farmers are already reacting by skimping on fertilizer use, stockpiling for a few years, or switching to manure.

(Reporting by Ruhi Soni in Bengaluru; Editing by Shounak Dasgupta) 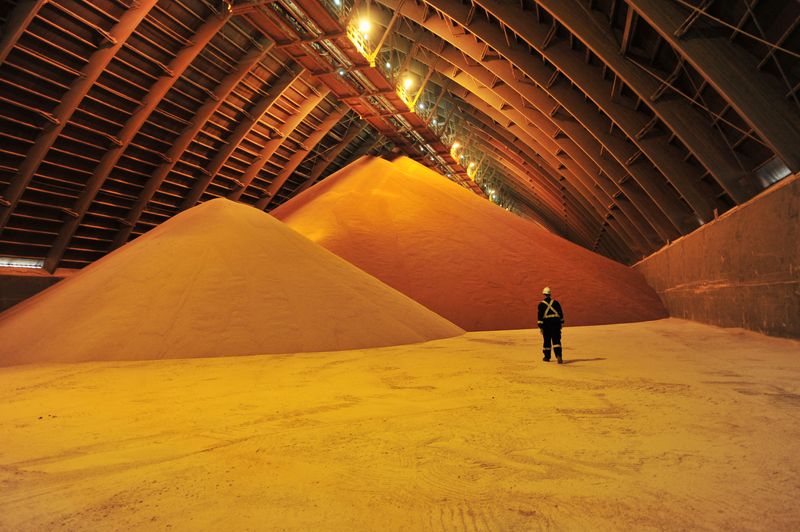