HONG KONG – Hong Kong will further ease COVID-19 restrictions, allowing bars to open until 2 a.m. and raising the number of diners permitted at a table to eight from four, as cases in the global financial hub continue to ease, leader Carrie Lam said on Tuesday.

Beaches and swimming pools would reopen from Thursday, when restaurants could also cater to four more people at each table, Lam said at a regular news briefing.

The extended hours for bars, as well as the reopening of karaoke rooms and some other venues, would take effect from May 19.

Hong Kong health authorities reported 283 cases of COVID-19 on Monday, the first time the daily tally has dropped below 300 in nearly three months. The city has recorded more than 1.2 million infections and over 9,300 deaths since the start of the pandemic.

“The COVID number has dropped to three digits in mid-April and didn’t rebound, despite foot traffic increasing during two holidays,” Lam said, adding that it was not right to prevent people from swimming when the weather was so good.

She said she hoped people could enjoy Mother’s Day on Sunday as more family members could dine together.

Coronavirus restrictions have battered business in Hong Kong and helped fuel a net outflow of around 70,000 people in February and March, up from nearly 17,000 in December.

For some, the easing of restrictions may be too late as many businesses in the food and beverage industry have had to lay off staff as they struggle to pay rent in one of the world’s most expensive property markets.

Life in the Chinese-ruled city is gradually returning to normal, with schools resuming face-to-face classes and many people back working from offices. 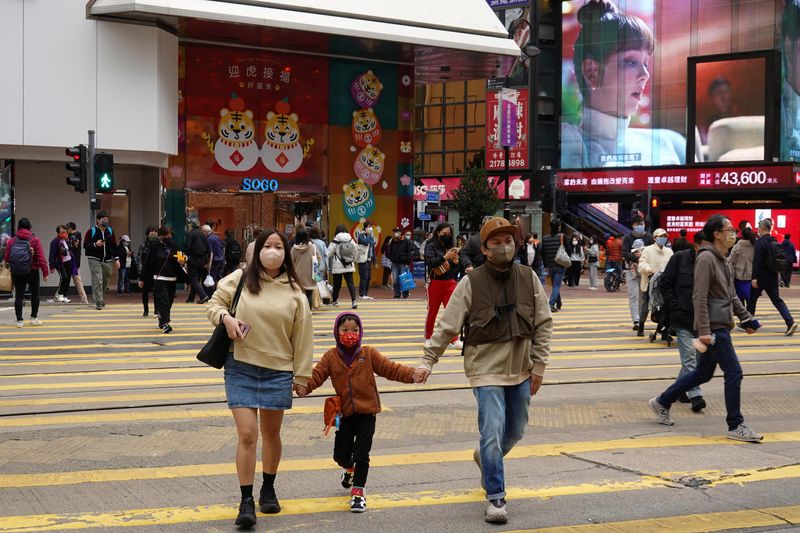