MEXICO CITY – Mexico’s manufacturing sector contracted for the 26th month in a row in April, as factories responded to shrinking demand with a further downward adjustment to output and input costs surged, a survey showed Monday.

The seasonally adjusted S&P Global Mexico Manufacturing Purchasing Managers’ Index rose to 49.3 in April, up from 49.2 in March, though still below the 50 threshold that separates growth from contraction.

The slight uptick in the PMI was propelled by an upturn in employment, while output, new orders and stocks of purchases contracted, the survey said.

The PMI has stayed under the 50-mark since March 2020, falling to a historic low that April.

“The renewed increases in employment and exports were encouraging signs,” said Pollyanna De Lima, economics associate director at S&P Global, who added that firms “are longing to see a rebound in demand.”

Companies polled in the survey said lower demand and “acute” price pressures restricted sales in the domestic market, while exports grew for the first time since COVID-19 hit.

“The rate of inflation continued to run close to record highs and translated into the steepest rise in selling charges in close to four years,” said De Lima. 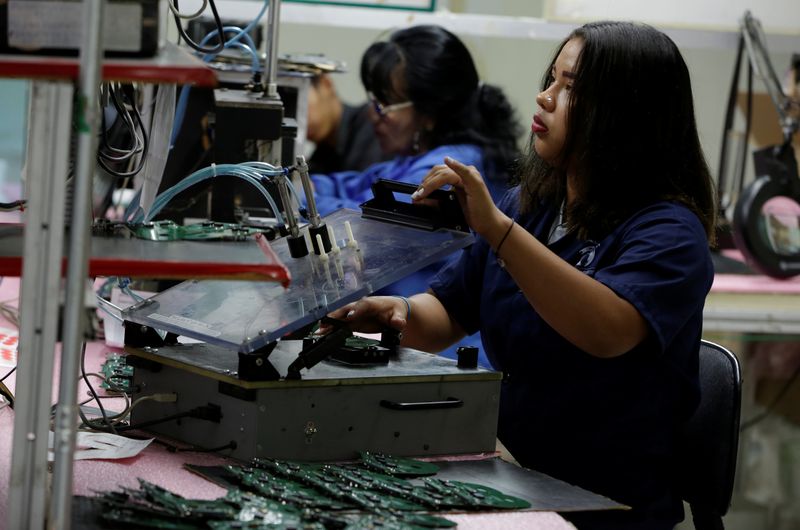