NEW YORK – A lawyer for three Black coaches accusing the National Football League of racist hiring on Monday told a federal judge their case should not be sent to arbitration because the designated mediator, league commissioner Roger Goodell, was biased.

Former Miami Dolphins head coach Brian Flores and two other coaches are suing the league and its 32 teams for alleged discrimination when filling coaching and senior management jobs.

The NFL last month said the claims lacked merit, and asked U.S. District Judge Valerie Caproni in Manhattan to either dismiss the case or send it to arbitration.

In a hearing on Monday, Douglas Wigdor, a lawyer for Flores and fellow coaches Steve Wilks and Ray Horton, said NFL bylaws provide for Goodell to arbitrate the coaches’ claims, leading to “unconscionable bias” because Goodell was employed by the teams.

“It would be impossible for plaintiffs to effectively vindicate their rights if Commissioner Goodell were to oversee this arbitration process,” Wigdor said, pointing to Goodell’s $120 million in salary in the past two years, paid by the teams.

The league has until June 21 to formally request arbitration.

Flores’ case has shined unflattering attention on the NFL, which has long condemned racism.

The league has also since 2003 required teams to consider minority candidates for head coaching vacancies under its so-called Rooney Rule, and in 2009 expanded the rule to cover general manager jobs.

Flores says he underwent “sham” interviews with the New York Giants and Denver Broncos to comply with the Rooney Rule, which the NFL denies.

The Pittsburgh Steelers hired Flores in February as a senior defensive assistant and linebacker coach. Wilks joined the Carolina Panthers as defensive pass game coordinator in February. Horton has retired. 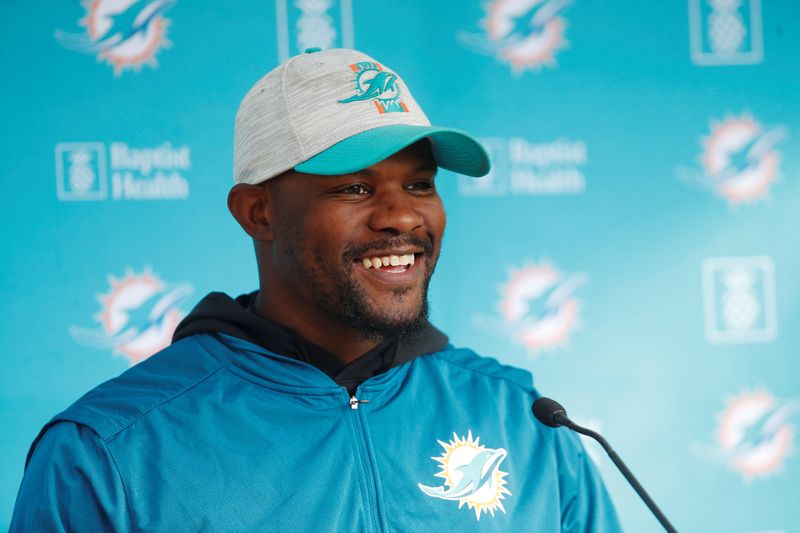