By Brenda Goh and Sophie Yu

SHANGHAI/BEIJING -China’s commercial capital of Shanghai was dealt a blow on Monday as authorities reported 58 new COVID-19 cases outside areas under strict lockdown, while Beijing pressed on with testing millions of people on a May Day holiday few were celebrating.

Tough coronavirus curbs in Shanghai have stirred rare public anger, with millions of the city’s 25 million people stuck indoors for more than a month, some sealed inside fenced-off residential compounds and many struggling for daily necessities.

While Shanghai officials said the situation is improving, images on social media have unnerved the public at a time when hospitals and mortuaries in the city are overwhelmed.

On Monday, authorities said they were investigating five officials after videos showed a local care home transferring an elderly person in a body bag to a mortuary. The person was later found to be still alive.

Shanghai residents breathed a sigh of relief over the weekend at news that no cases had been confirmed outside areas under lockdown for two days, but disappointment came on Monday with the report of the 58 new infections among people who are allowed to move more freely around the city.

Authorities did not comment on the new cases at a media briefing but members of the public weighed in online.

“They announced that they stamped out cases at the community level too early,” one person commented on the Weibo platform.

Still, many people also took heart from data that showed encouraging trends, with 32 new deaths on Sunday, down from 38 a day earlier, and 6,804 new local cases, down from 7,189.

“There is hope for May,” said another Weibo user.

Despite the drop in cases, more fences were erected at some residential blocks in Shanghai on Monday, although authorities said employees of companies the government has put on a production priority list could apply for a pass if the building they lived in had no cases for seven days.

The coronavirus first emerged in the Chinese city of Wuhan in late 2019 and for two years authorities managed to keep outbreaks largely under control with lockdowns and travel bans.

But the fast-spreading Omicron variant has tested China’s “zero-COVID” policy this year, an important one for President Xi Jinping who is expected to secure a precedent-breaking third leadership term in the autumn.

China’s COVID policy is increasingly out of step with the rest of the world, where many governments have eased restrictions, or thrown them off altogether, in a bid to “live with COVID” even though infections are spreading.

New Zealand, which had some of the toughest curbs, finally opened its border on Monday, welcoming thousands of visitors for the first time since the start of the pandemic.

China has given no hint of deviating from its policy despite a mounting toll on the world’s second-largest economy, and ripples of disruption through global supply chains.

Beijing, with dozens of daily infections in an outbreak in its second week, has not locked down, instead relying, at least for now, on mass testing to locate and isolate infections.

Home to 22 million, the capital tightened COVID curbs over the five-day Labour Day holiday that runs through Wednesday, traditionally one the busiest tourist seasons.

Twelve Beijing districts, including the largest one Chaoyang which is home to nightlife and embassies, will carry out a further three rounds of COVID-19 tests between May 3 and 5, a local official said on Monday. Chaoyang district accounts for the biggest share of infections in Beijing’s outbreak.

The capital’s restaurants are closed for dining in and some apartment blocks are sealed shut. The streets are quiet and the residents who do venture out have to show negative coronavirus tests to enter most public venues.

Authorities are tracking down close contacts of confirmed cases, warning them to stay at home and contact authorities.

All of China’s 32 new deaths were in Shanghai, taking the country’s overall death toll since the virus emerged to 5,092.

India, the only country with a comparable population to China’s 1.4 billion people, has officially recorded more than half a million deaths, though some health experts believe its toll is even higher. 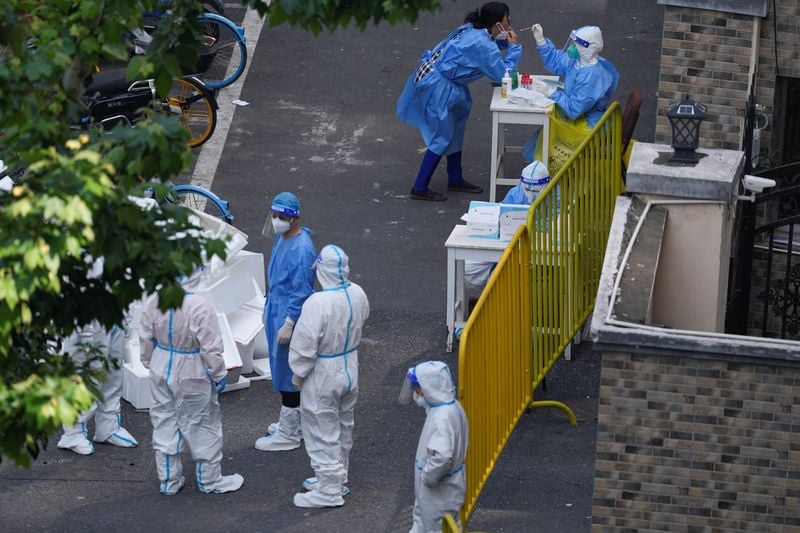 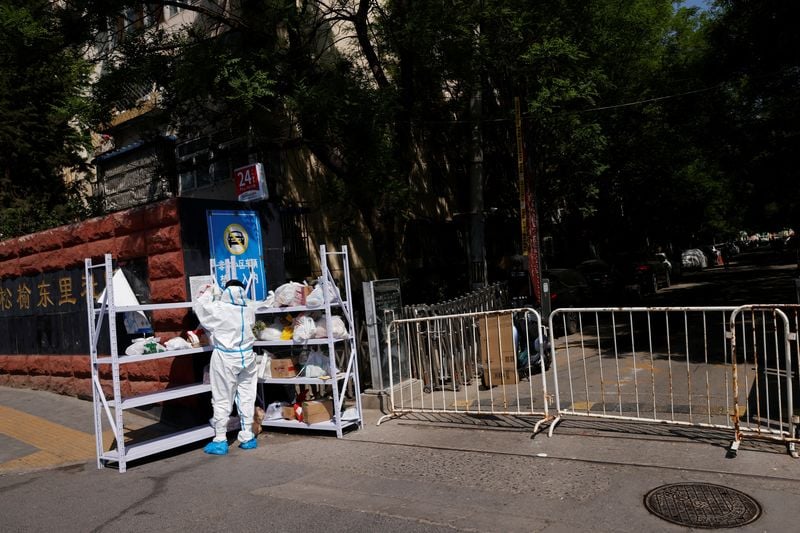