TAIPEI – Taiwan’s Defence Ministry on Tuesday said deliveries of shoulder-fired Stinger anti-aircraft missiles could be delayed, saying they were pressing the United States to deliver on schedule as the war in Ukraine pressures supplies.

The missiles are in hot demand in Ukraine, where they have successfully kept Russian aircraft at bay, but U.S. supplies have shrunk and producing more of the anti-aircraft weapons faces significant hurdles.

The United States approved the sale of 250 of Raytheon Technologies’ Stinger missiles to Taiwan in 2019. Taiwanese media has reported Taiwan expected to complete delivery by 2026.

Chu Wen-wu, deputy head of Taiwan’s army planning department, said those deliveries may get held up.

“It is true that due to changes in the international situation, there may be a risk of delayed delivery this year of the portable Stinger missiles,” he told a news conference. “The Army will coordinate with the full procurement plan and continue to require the U.S. military to implement it normally in accordance with the contract.”

Ministry spokesman Sun Li-fang added that procurement of General Dynamics Corp M1A2 Abrams tanks was “normal” – Taiwan plans to buy 108 of them with delivery by 2027.

Taiwan’s air force is also in touch with the United States to ensure that deliveries of new F-16 fighter jets take place on schedule before 2026, he said.

This is the second time this week the ministry has warned of delayed deliveries of U.S. weapons.

It said on Monday it was considering alternative weapons options after the United States informed it that the delivery of an artillery system would be delayed due to a “crowded” production line.

Taiwan, claimed by China as its own territory, is undertaking a military modernisation programme to improve its capabilities to fend off a Chinese attack, including with precision weapons like missiles.

U.S. officials have been pushing Taiwan to modernise its military so it can become a “porcupine”, hard for China to attack. 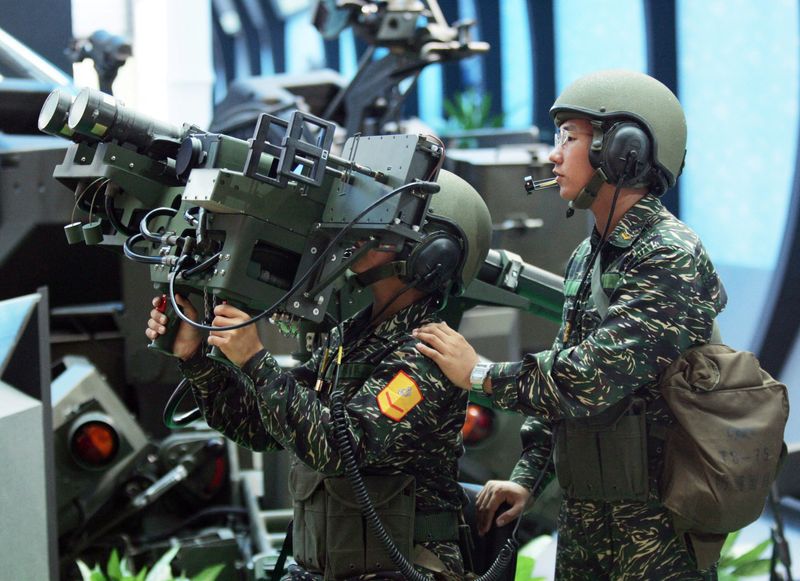