The company – one of the world’s biggest commercial insurers – said gross premiums written in its general insurance business rose 7% in the first three months of the year to $11.51 billion.

The strong results come at a time when the insurance industry is facing hefty claims from the months-long war in Ukraine that has sparked wide-ranging sanctions.

Reuters had reported last month that the company was considering cutting cover for Russia and Ukraine to shield itself from the risk of steep claims.

AIG earned an adjusted profit of $1.30 per share, compared with average analyst expectation of $1.18 per share, according to Refinitiv IBES data.

The company also benefited from a sharp narrowing of catastrophe losses in its general insurance unit, mirroring a trend seen at sector bellwether Travelers Companies Inc.

The insurance industry was over the past two years inundated with claims from businesses losing revenue due to the COVID-19 crisis, but that has eased with the reopening of the economy.

The general insurance accident year combined ratio came in at 89.5%, compared with 92.4% a year earlier. The metric excludes catastrophe losses and a ratio below 100 signifies that the insurer earns more from premiums than it pays out in claims.

But after several months of big investment gains, AIG reported an 11% fall in consolidated net investment income as the market rout caused by the Ukraine crisis and the Federal Reserve’s aggressive policy tightening hit its portfolio. 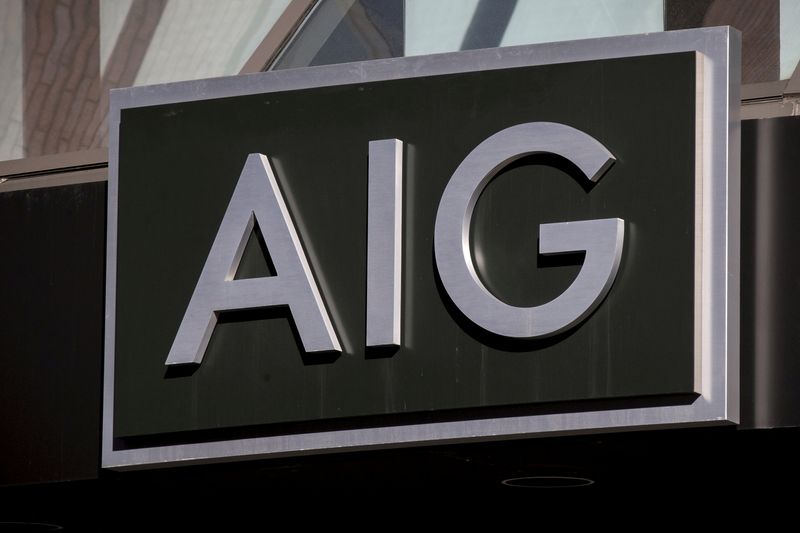