By Byron Kaye and Sameer Manekar

(Reuters) -Australia and New Zealand Banking Group, the country’s No. 4 lender, beat estimates for first-half profit as it set aside less money for COVID-19 related loan defaults and flagged an end to shrinking margins as interest rates start to rise.

The Melbourne-based retail lender set an upbeat tone for a slew of Australian bank results scheduled in the next week, the first since the country’s central bank ended a decade of rate cuts by raising the official rate a day earlier amid raging inflation and soaring property prices.

Australia’s so-called Big Four banks have been experiencing shrinking profit margins as record-low interest rates created strong competition. A reversal of that pattern, which ANZ said may continue over a protracted period, would see those margins expand again.

“All else being equal … [margins] have troughed,” said CEO Shayne Elliott on an analyst call on Wednesday. “But the big unknown is the level of competition. There should be, there will be, margin expansion. The degree of it, it’s difficult to predict.”

Helped by the release of A$284 million in credit provisions – cash set aside for impaired loans – ANZ said profit from continuing operations rose 4.1% from a year ago to A$3.11 billion ($2.2 billion) in the six months to end-March, ahead of a Visible Alpha consensus estimate of A$2.99 billion.

But its net interest margin – a closely-watched metric which shows the difference between borrowers’ interest payments and the profit the bank makes on the loans – shrank to 1.58% from 1.63% over the same period.

ANZ has faced the additional hurdle of losing share in the mortgage market, the engine of Australian bank earnings, since 2019 amid concerns of slow application processing times related to understaffing.

Elliott said the bank now expects to grow its mortgage book at the same pace as other major domestic banks by the end of the financial year.

ANZ shares were up 0.7% by mid-session, in line with its competitors, while the broader market was flat. Banks are seen to benefit when interest rates rise because they can delay paying more interest to deposit accounts while charging higher mortgage rates.

“The weak core profit result is likely to concern investors, however, second-half is expected to improve as rising rates starting to grow net interest margins,” said Citi analysts in a note.

ANZ also said it planned to set up a new corporate structure to shield banking customers from any impacts of non-banking activities, a method used by global banks.

No. 2 lender National Australia Bank Ltd is scheduled to release half-year results on Thursday, while Westpac Banking Corp announces interim results on May 9 and top lender Commonwealth Bank of Australia gives a quarterly update on May 12.

(Reporting by Byron Kaye in Sydney and Sameer Manekar and Harish Sridharan in Bengaluru; Editing by Shailesh Kuber and Richard Pullin) 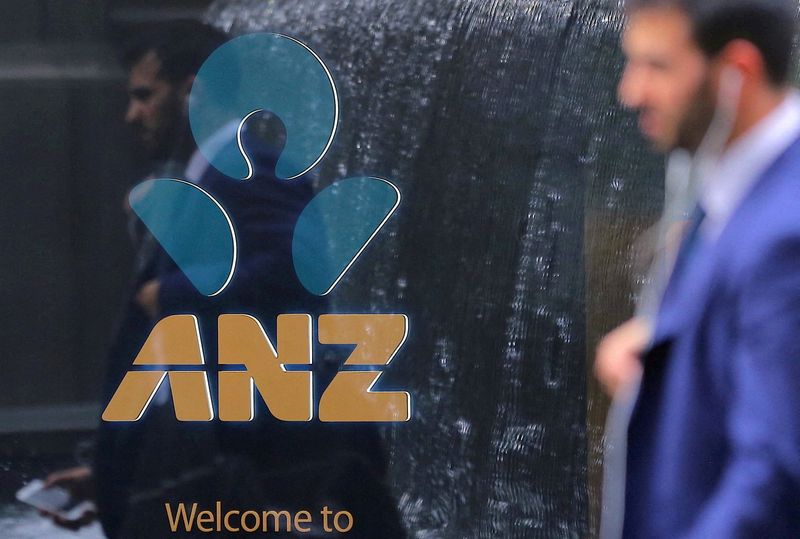