By Ron Bousso and Shadia Nasralla

LONDON -BP reported its strongest operational performance in more than a decade on Tuesday on the back of rocketing oil prices that helped it step up share buybacks, even as a $24 billion writedown from exiting Russia led to a record quarterly loss.

Shares in the energy firm climbed 2.8% by 1311 GMT in London trading after BP reported its highest operational profit since 2008, encouraging more calls for a windfall tax to help British households and other consumers cope with spiralling fuel bills.

Soaring oil and gas prices in the wake of the Russian invasion of Ukraine on Feb. 24 helped offset losses BP incurred from abruptly abandoning its shareholdings in Russia, including its 19.75% stake in oil giant Rosneft.

The non-cash writedown of its stakes in Rosneft and two other joint ventures pushed BP into a headline loss of $20.4 billion in the quarter, its biggest recorded. But the charge was slightly lower than BP’s initial estimates of $25 billion.

BP’s underlying replacement cost profit, the company’s definition of net earnings, reached $6.2 billion in the first quarter, the strongest since 2008 and far exceeding analysts’ expectations for a $4.49 billion profit.

The 2022 first quarter performance was driven by what BP said was an “exceptional” performance in its oil and gas trading division. Chief Financial Officer Murray Auchincloss said volatility in oil and gas prices was the most BP had seen.

After calls from Britain’s opposition for a windfall tax on energy firms, BP said it would pay up to 1 billion pounds ($1.25 billion) in UK tax in 2022 – much more than the $283 million reported in 2020. It did not give 2021 figures. The government said a new tax would not help the energy transition.

BP, whose shares are up 7% since February, did not make money in the quarter from Rosneft, which previously paid out its dividend in the second and third quarters of the year. BP did not include future dividend payments in its plans, it said.

The company, which also halted trading Russian oil, said the exit from Russia, which had contributed 3% of the company’s cash flow last year, would not affect its plan to shift away from oil and gas towards renewables.

The exit “has not changed our strategy, our financial frame, or our expectations for shareholder distributions,” Chief Executive Bernard Looney said.

The charge does not affect BP’s cashflow. Some $14.5 billion of the writedown relates to stakes in Rosneft and two joint ventures, which have now been cut to zero. Another $11.1 billion relates to changes in foreign exchange value.

Although costly, sources told Reuters in March that Looney had long had reservations about how the stake in Rosneft would fit into BP’s plans to shift to renewables.

Meanwhile, refining margins have soared as economies have recovered from the COVID-19 pandemic and as Russian refined products started disappearing from Europe.

BP’s refined oil products unit made a profit of $1.6 billion in the first three months, compared with a loss of $26 million in the previous quarter and a $2 million loss a year ago.

BP said it would increase its quarterly share repurchases to $2.5 billion before the end of the second quarter after its surplus cash flow rose to more than $4 billion. BP had said in February it would accelerate quarterly buybacks to $1.5 billion.

BP previously said it would repurchase $4 billion a year at oil prices of $60 per barrel, well below the current price of benchmark Brent, which was about $107 on Tuesday.

The company maintained its dividend at 5.46 cents per share.

BP rivals including Exxon Mobil, Chevron and TotalEnergies all saw a sharp rise in revenue in the quarter, also lifted by strong performances of their trading divisions, allowing them to boost shareholder returns. 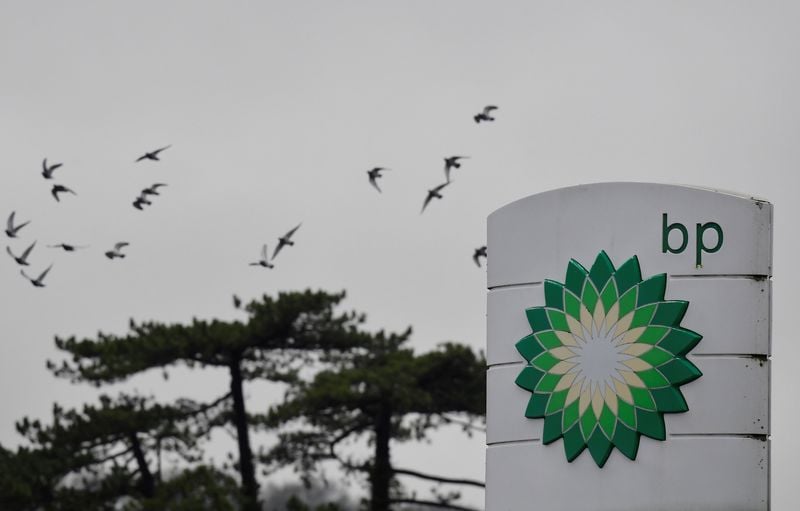