(Reuters) – A Republican county clerk, accused by Colorado authorities of leading an unauthorized breach of voter data with activists who back former President Donald Trump’s stolen election falsehoods, was ordered by a judge to hand over the copied data by Wednesday.

Elbert County Clerk Dallas Schroeder last year made copies of the county’s voting system, stating in legal filings that he believed he had a “statutory duty” to preserve records of the 2020 election.

The incident is among eight known attempts to gain unauthorized access to voting systems in five U.S. states since the 2020 election. All involved local Republican officeholders or party activists advancing Trump’s falsehoods or conspiracy theories about rigged voting machines, according to a Reuters examination of the incidents https://www.reuters.com/investigates/special-report/usa-election-breaches published last week.

In legal filings, Schroeder said he got help from Shawn Smith, a retired Air Force colonel and self-styled election fraud activist who leads groups seeking what they call evidence that Trump lost the 2020 presidential election to Democrat Joe Biden because of fraud.

Schroeder said the hard drives with the data were not a “voting system component” and that he was authorized to make the copies, according to the judge’s order. Elbert County District Court Judge Gary Kramer rejected those arguments and ordered him to hand over the hard drives to Colorado Secretary of State Jena Griswold by Wednesday afternoon.

“If more than two copies exist, Schroeder shall provide all copies to Griswold,” Kramer wrote in his order, dated last Friday.

Kramer also directed Schroeder to describe the chain of custody for the hard drives, but said that information would be filed under “suppressed” status and accessible only to the court and parties.

Neither Schroeder nor his lawyer John Case, who Schroeder has previously said is in possession of one set of copies, responded to questions on Tuesday about whether Schroeder would comply with the orders.

Griswold praised the judge’s decision, which she said would help ensure compliance with election law.

“Clerk Schroeder’s failure to fully comply with Election Orders from my office created a risk that the copies of Elbert County’s voting system hard drives could have been exploited to undermine confidence in Colorado’s secure elections,” Griswold said in a statement. 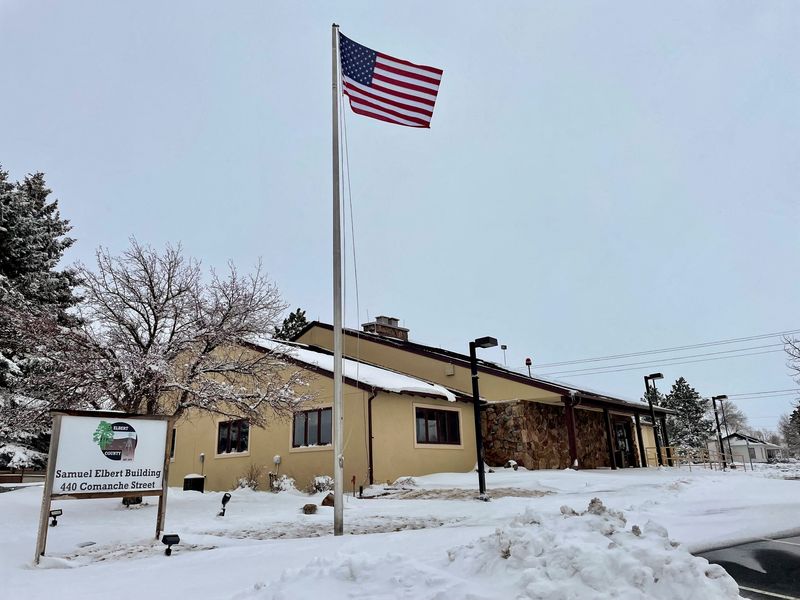