By Andrew Hay and Adria Malcolm

LAS VEGAS, N.M. -Hundreds of households in the historic New Mexico city of Las Vegas were told to evacuate on Monday as fierce winds and drought pushed the largest active wildfire in the United States closer to town.

The blaze has scorched more than 121,000 acres (49,000 hectares), or more than half the area of New York City, tearing through centuries-old settlements and vacation homes in forested mountains 30 miles (48 kilometers) northeast of Santa Fe.

The fire is the most destructive of a dozen blazes in the Southwest that scientists say are more widespread and arriving earlier this year due to climate change.

In northwest Las Vegas, families packed trucks with boxes of photos and heirlooms and loaded livestock onto trailers, heeding police warnings for residents to get out of the area.

David Lopez, 31, chose to stay and defend his family’s two trailer homes, wetting down the earth with a hose and raking away dead grass to create a fire break.

“This is all I have – I worked really hard for it,” said the 31-year-old mechanic, who said he planned to flee once flames got within a quarter of a mile of him.

By late afternoon winds dropped, slowing the fire and preventing further evacuations in the city of 14,000.

Winds were forecast to shift to the north on Tuesday, pushing fire towards the villages of Mora and Cleveland at the top end of a 20-mile-long blaze already the third largest in New Mexico history.

But on Wednesday winds were expected to turn and blow the fire back towards Las Vegas, a pattern that would mostly prevail until Saturday.

“It’s kind of a waiting game, we’re at the mercy of the weather,” said San Miguel County Manager Joy Ansley.

Burning since April 6, the fire has destroyed hundreds of properties and forced the evacuation of dozens of settlements, but there have been no reports of fatalities. 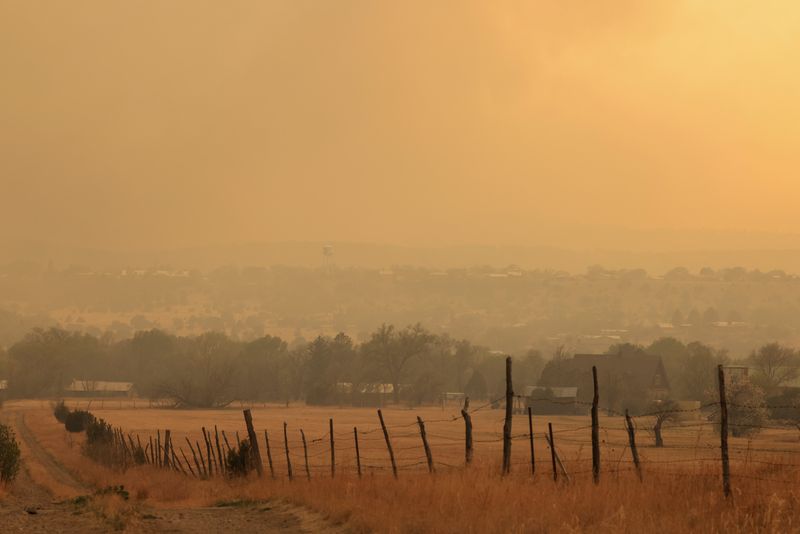 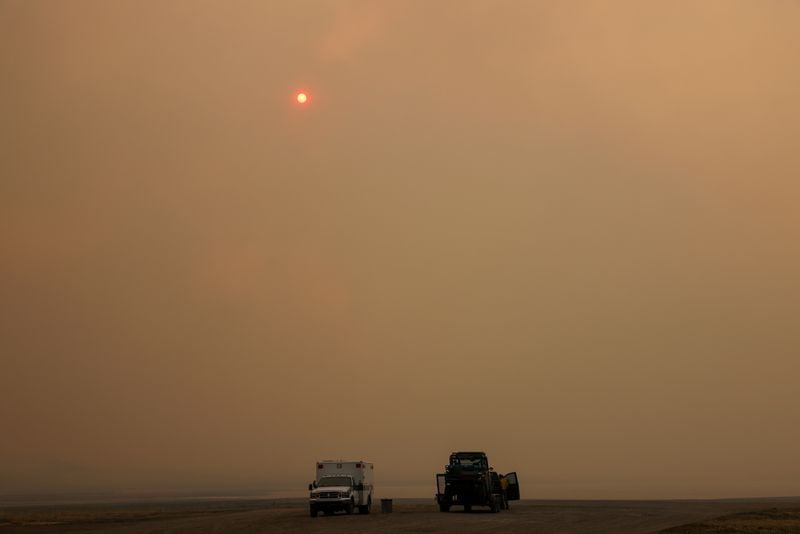 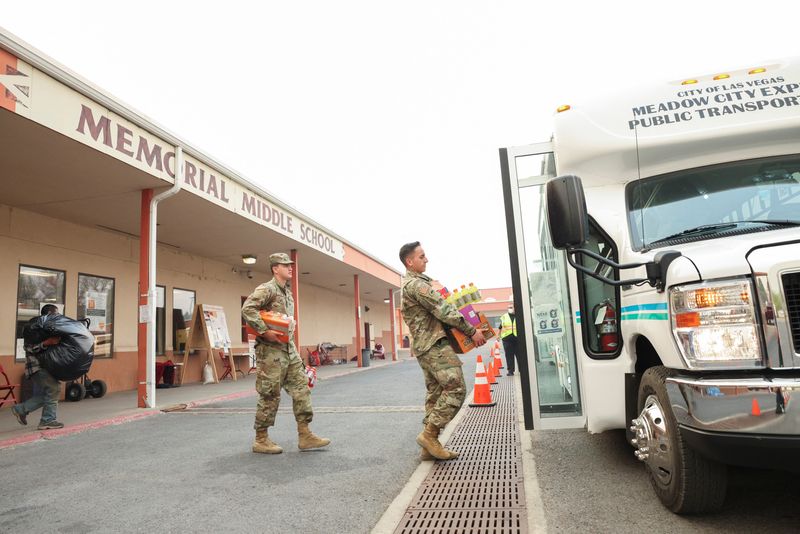 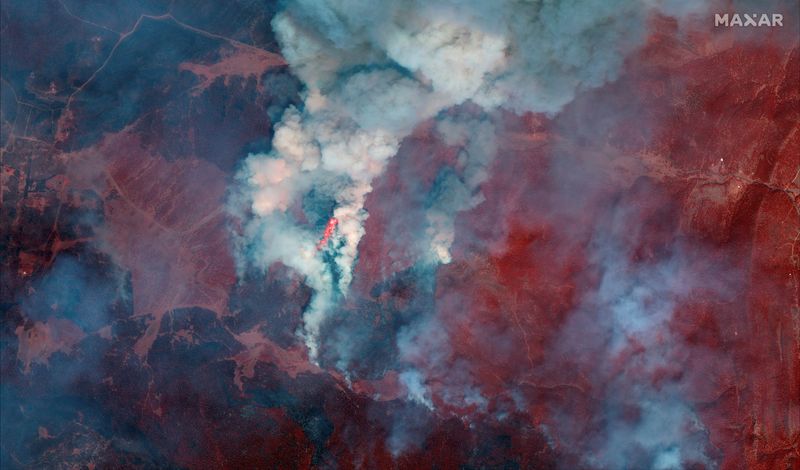 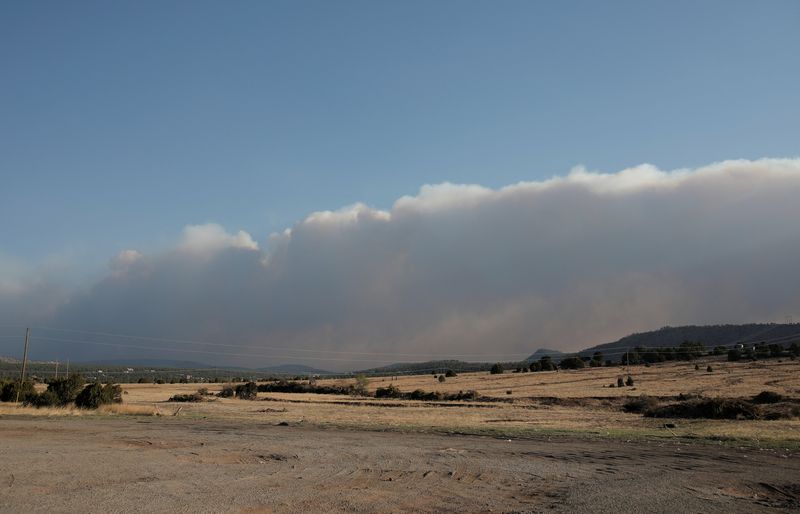