(Reuters) – Hilton Worldwide Holdings Inc on Tuesday forecast a lower-than-expected annual profit as a surge in labor costs and other inflationary pressures are set to weigh on the hotel operator’s earnings.

Shares of the company, which owns brands including the Waldorf Astoria Hotels & Resorts, were down 4% at $148.37.

A surge in leisure travel in the U.S. has surpassed pre-pandemic levels, while fuel and labor costs have pressured profits for the tourism industry.

The company expects a full-year adjusted profit of between $3.77 and $4.02 per share, compared with estimates of $4.10, according to Refinitiv IBES data.

Hilton also forecast a second-quarter profit of $0.98 to $1.03 per share. Analysts had expected earnings of $1.07 per share.

“Hilton-owned properties saw some inflation on the expense side with labor. This is something that we’re seeing around the country with inflation, if you want the best employees, it’s going to cost a little bit more,” Macquarie Securities analyst Chad Beynon said.

On an adjusted basis, the company earned 71 cents per share, beating estimates of 65 cents, as people spent more on travel, dining out and hotel stays despite rising inflation.

Hilton also reinstated dividend payout and buyback of shares earlier than expected. The company expects to return between $1.4 billion and $1.8 billion to stockholders this year.

The company’s comparable RevPAR, or revenue per available room, rose 80.5% in the reported quarter.

Hilton posted revenue of $1.72 billion, compared with estimates of $1.73 billion.

(Reporting by Kannaki Deka in Bengaluru; Editing by Rashmi Aich and Shounak Dasgupta) 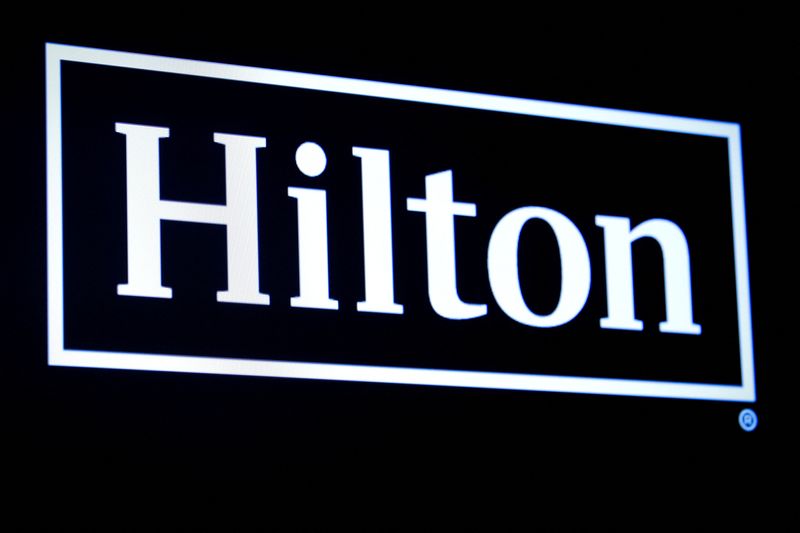