Prices of crop nutrients such as potash have skyrocketed as sanctions against Russia for its invasion of Ukraine have disrupted already tight supplies.

The price increases have raised concerns about food shortages as some farmers apply less fertilizer while boosting profits for producers including Nutrien and Mosaic Co .

Nutrien is assessing the duration of the Ukraine conflict to determine whether there is a need to ramp up production, Seitz said. Combined, Russia and Belarus last year accounted for more than 40% of global potash exports, one of three critical nutrients used to boost crop yields.

In March, Nutrien said it planned to increase output by nearly 1 million tonnes to about 15 million tonnes this year in response to supply uncertainty from Eastern Europe.

The company could further expand production to 18 million tonnes without a major capital investment at sites in Saskatchewan, though larger expenditures would be needed to reach 18 million to 23 million tonnes, Seitz said.

“We intend to grow our volumes, but just not stop at 18 million tonnes,” Seitz said in an interview.

Seitz told analysts on an earnings call that Nutrien could boost its capacity in the next few years and that Russia’s invasion of Ukraine could impact global fertilizer trading beyond 2022. Moscow describes the invasion as a “special military operation.”

Mosaic said separately that it is exploring debottlenecking initiatives at mills to increase fertilizer output as quickly as possible.

Mosaic said the initiatives could increase its potash production by about 1.5 million tonnes by the end of 2023, adding that it expects it will take two to four years for the global potash deficit to catch up with demand.

(Reporting by Tom Polansek in Chicago; Additional reporting by Ruhi Soni in Bengaluru; Editing by Alexander Smith and Leslie Adler) 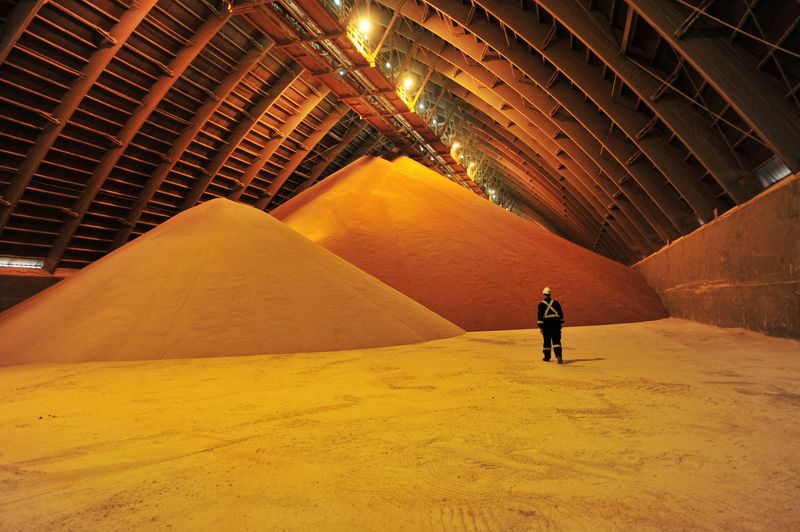