(Reuters) -Oklahoma Governor Kevin Stitt signed a bill on Tuesday that bans abortion after six weeks of pregnancy, immediately outlawing almost all abortions in the state.

The law, passed by the Republican-led legislature, relies on private citizens to sue providers or anyone who “aids or abets” an abortion after six weeks to be enforced. It is modeled after a Texas law that has withstood legal challenges since it took effect in that state in September.

The ban, one of several anti-abortion bills Oklahoma lawmakers approved this session in hopes that at least one will withstand legal challenges, takes immediate effect with the Republican governor’s signature. The Oklahoma Supreme Court earlier in the day declined to block its enforcement pending the outcome of litigation challenging it.

“I want Oklahoma to be the most pro-life state in the country because I represent all four million Oklahomans who overwhelmingly want to protect the unborn,” Stitt said on Twitter.

The U.S. Supreme Court appears ready to overturn the landmark 1973 Roe v. Wade ruling that legalized abortion nationwide, according to a leaked draft of the majority opinion published by Politico on Monday. That would allow states to decide whether to restrict abortion access.

“This moment is dark. Last night, our fears about the fate of abortion rights at the US Supreme Court were confirmed — and today, Oklahomans are faced with an immediate loss of abortion access,” Alexis McGill Johnson, president of Planned Parenthood Federation of America, said in a statement.

Republican lawmakers across the United States have been flooding statehouses with measures to curtail access in anticipation of the decision in the Mississippi case due by the end of June.

Oklahoma’s six-week ban, which outlaws abortion before many women know they are pregnant, allows exceptions for later-term abortions in medical emergency cases.

On April 28, the state Senate approved a separate near-total ban on abortion that makes exceptions only in cases of medical emergency, rape or incest, and also relies on civil lawsuits for enforcement. The bill would immediately go into effect if Stitt signs it after the House considers amendments made to its text.

Earlier in April, Stitt enacted yet another ban on nearly all abortions that threatens prison time for abortion providers. It is due to take effect in August.

Oklahoma’s new law will expand a swath of U.S. southern states with little to no abortion access. Women in Texas have been traveling to Oklahoma to end pregnancies since Texas’ six-week ban took effect and will now have to go elsewhere if they want abortions past that gestational limit.

(Reporting by Gabriella BorterEditing by Colleen Jenkins and Alistair Bell) 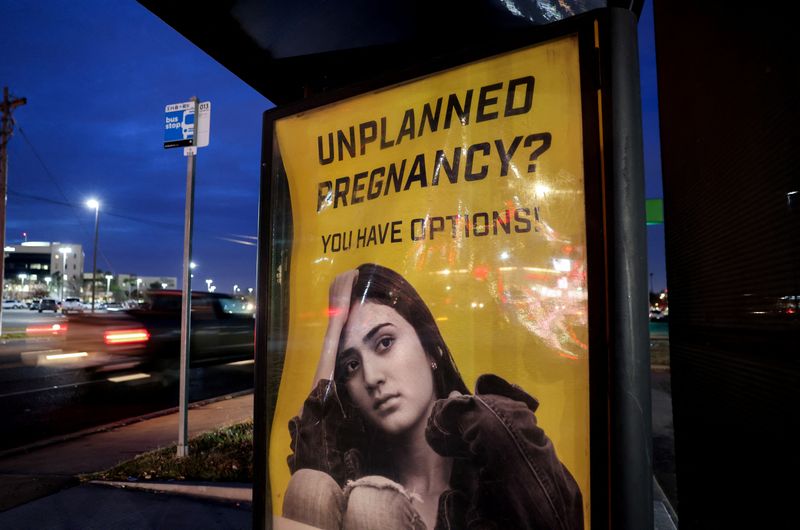