By Anne Kauranen and Johan Ahlander

HELSINKI/STOCKHOLM – Since Russia’s invasion of Ukraine, Finland and Sweden have been considering applying for membership of the NATO military alliance, which would mark a major policy shift for the Nordic region.

Here is the latest about the process and the key points under discussion:

WHAT ARE THE KEY STEPS AHEAD?

The coming days are crucial. On May 12, Finland will decide to apply for NATO membership, newspaper Iltalehti reported on Sunday, citing anonymous Finnish government sources.

It would come in two steps, Iltalehti reported. President Sauli Niinisto would first announce his approval for Finland to join, followed by parliamentary groups giving their approval for the application.

There would be no plenary vote in parliament but parliamentary leaders would express their groups’ decisions.

Reuters was not immediately able to confirm the report.

In Sweden, parliament is conducting a security policy review, including the pros and cons of joining the alliance, with the results due on May 13. There is already a majority in parliament in support of NATO membership.

In parallel, the ruling Social Democrats, the biggest party in every election for the past 100 years, will have an internal debate on May 9-12 on whether to drop long-standing opposition to NATO membership, with the party leadership to take a decision by May 24 at the latest.

If Finland applies, Sweden is likely to do the same, as it would not want to be the sole Nordic outsider. Other Nordic countries – Norway, Denmark and Iceland – joined the pact as founding members. Several recent polls suggest a majority of Swedes in favour – something never seen before Russia’s invasion.

Finland and Sweden would like to have some guarantees that NATO member nations would defend them during any transition period, when they would be applicants to the alliance, but not yet in.

Ratification can take a year, NATO diplomats say, as parliaments of all 30 NATO countries need to approve new members.

NATO Secretary-General Jens Stoltenberg has said the countries could join “quickly” and that he was sure arrangements could be found for the interim period.

Finnish Foreign Minister Pekka Haavisto acknowledged filing a membership application by itself would not bring the two Nordic countries under the umbrella of NATO’s Article 5, which guarantees that an attack on one ally is an attack on all.

“But at the same time NATO member countries have an interest in that no security breaches would take place during the application period,” Haavisto said, adding that Finland could, for instance, hold enhanced military exercises with NATO members during that time.

WHAT IS RUSSIA SAYING?

Moscow has repeatedly warned of “serious consequences” if Finland and Sweden join NATO, saying it would have to strengthen its land, naval and air forces in the Baltic Sea, and raised the possibility of deploying nuclear weapons in the area.

Russia and Finland share a 1,300-km (810-mile) border. The Kola Peninsula, in Arctic northwest Russia pointing eastward from the border with Finland and Norway, is a “strategic bastion” Moscow considers key for its national security, and is also the home of the Russian Northern Fleet. Russia’s second biggest city, St. Petersburg, lies some 170 km from the border with Finland.

(This story refiles to clarify phrasing in paragraphs 5, 6 and final paragraph) 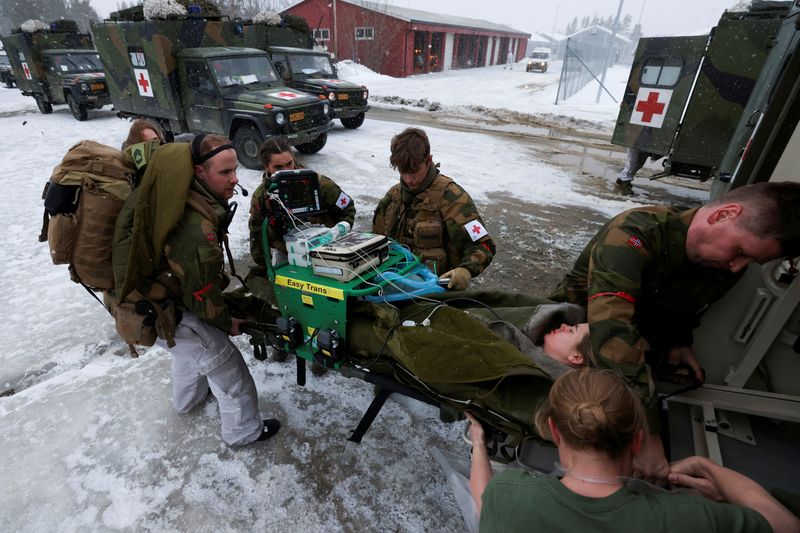