VELENCE, Hungary/WARSAW/PRAGUE – War may be raging on their doorstep but Central Europe’s economies are outpacing their euro zone peers as consumer spending booms. A reversal could come as soon as this summer, however, leaving a painful, inflation-laced hangover.

Economists are already sounding the alarm about inflation momentum in Hungary and Poland, fuelled partly in both countries by government transfers to households that helped supercharge demand in the first quarter.

Sharp interest rate rises have so far failed to curb price pressures, as a region-wide shortage of workers pushes up wages and the conflict in Ukraine causes energy prices to soar.

At the Velence Resort and Spa, beside a lake just four hours’ drive from Hungary’s border with Ukraine, director Peter Barsony expects a bumper 2022, with a strong increase in weekend bookings since February despite recent price rises.

“Unless trends change, this will be a substantially better year than last in terms of revenue,” Barsony said. “The purchasing power of Hungarians has definitely not deteriorated for the time being.”

Hungarian retail sales surged by an annual 16.2% in March, driven by higher spending on fuels and non-food items.

While economic fundamentals are strong, consumer spending has been boosted by Prime Minister Viktor Orban’s pre-election wage hikes and handouts to families. In Poland, robust growth in retail sales after pandemic restrictions were lifted has been further supported by spending on millions of refugees fleeing neighbouring Ukraine.

Hundreds of thousands of Ukrainians have also poured into Hungary, like Poland a member of NATO, since Russia launched its invasion on Feb. 24.

As Europe heads into what Orban described last week as a “decade of peril”, with the war escalating an energy crisis, central banks are struggling to contain inflation that has blasted past their targets and is on track to reach 14% to 15%.

Zsolt Csombok, a 51-year-old IT services entrepreneur, has raised wages three times over the past year – Hungarian unemployment is at a record low – and increased his company’s hourly fees by 25% to 30% to cover that and other expenses.

“Something which would have taken tough negotiations to push through just a year ago can now be done in two sentences,” Csombok said.

Projecting first-quarter growth at 7% to 8%, Hungary’s central bank, already in its third-steepest tightening cycle since Communist rule ended in 1989, has warned Orban to start rebalancing the economy. Core inflation, which strips out volatile energy and food, hit a near 21-year high in March.

“Tighter policy is needed to take the heat out of domestic demand,” said Liam Peach at Capital Economics.

“This will require a combination of tax hikes, spending cuts as well as interest rates rising above 8% for a prolonged period of time to cause GDP growth to weaken.”

In Poland, retail sales beat forecasts in March and returned to their pre-pandemic trend, economists at Bank Pekao said, while warning of “bleak” consumer prospects for later 2022 as the war sours sentiment. Most respondents in an April survey nevertheless said they were not worried about job security.

Maciej Skurczynski, a 34-year-old specialist in industrial real estate, said he was unsettled by the conflict, but trying to live a normal life.

“We can only live or we can stay at home. And I prefer to live,” Skurczynski said as he finished off a lunchtime burger at a food hall in central Warsaw.

With inflation still rampant, the Polish and Czech central banks are set to hike borrowing costs again on Thursday.

Hungary’s central bank has raised its base rate by nearly 500 basis points since June, but government price controls, wage hikes and caps on mortgage rates are acting as a counterweight.

“This could mean a wider positive output gap, translating into longer and stronger demand-driven inflation for the remainder of the year, in our view.”

The Czech economy grew by a better-than-expected 4.6% year-on-year in the first quarter, but with less government help for households facing double-digit inflation, consumer confidence hit its lowest in nearly a decade in April.

Central bank Vice-Governor Marek Mora told Reuters on April 26 that he foresaw a 6% to 8% fall in real wages this year.

And some companies are already bracing for when consumer appetite, buoyed recently by savings accrued during COVID lockdowns, cools further.

“But with the high numbers in inflation, we expect in the second half of the year or during the next winter, there will be pressure on the volumes for sure because of the lower purchasing power of our consumers.” 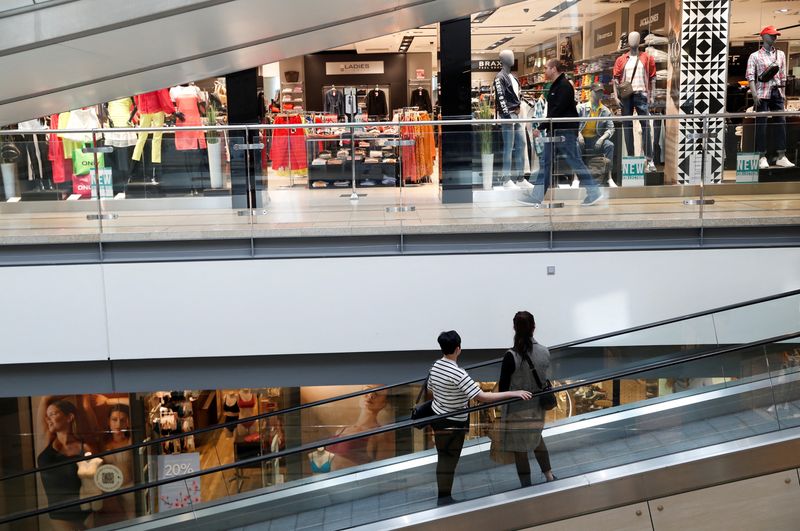 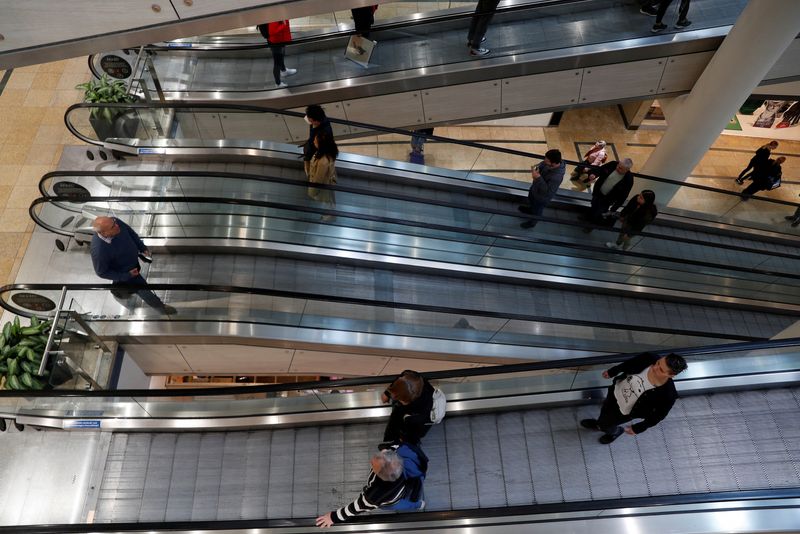 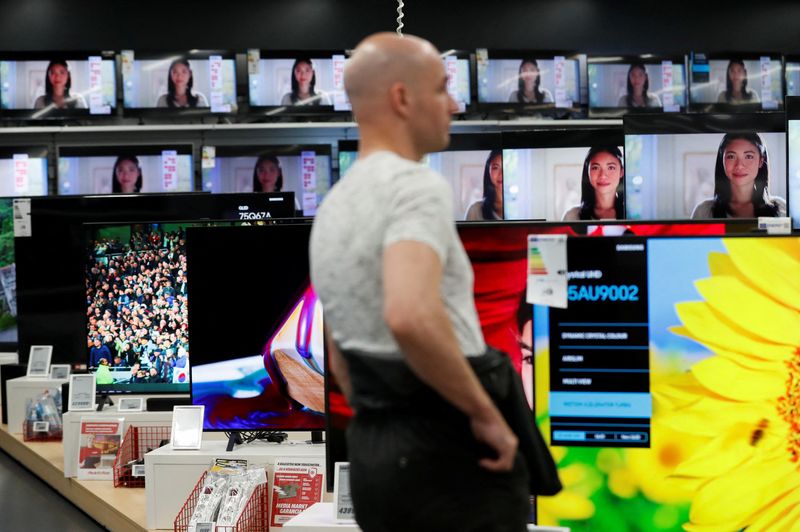 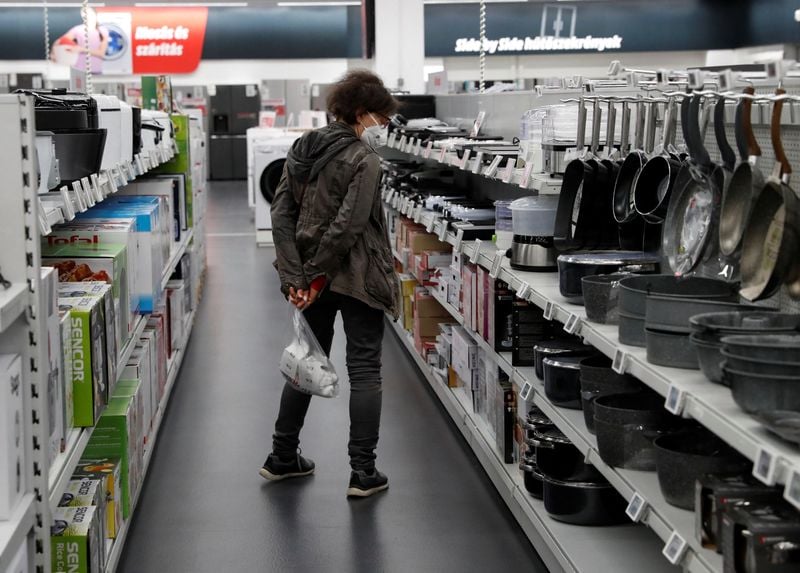 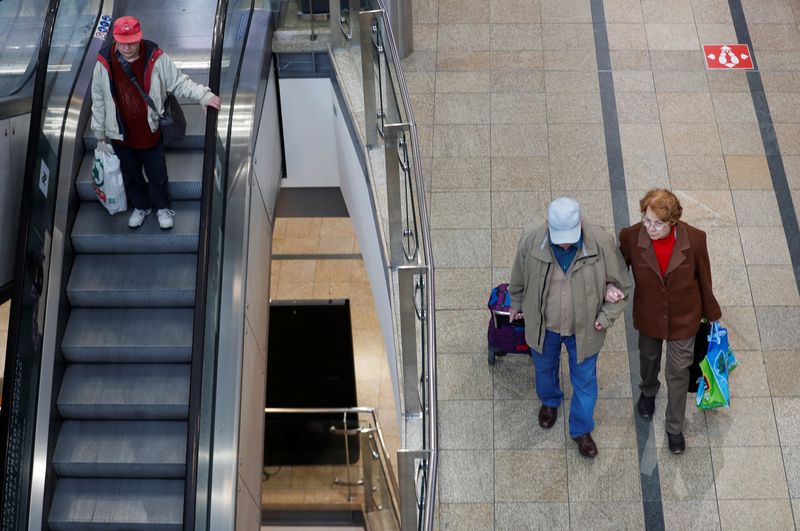