(Reuters) -EBay Inc on Wednesday became the latest e-commerce retailer to give a gloomy revenue forecast as growth slows in the sector after two years of rapid expansion during the pandemic, sending its shares down 6% in extended trading.

The company projected second-quarter revenue between $2.35 billion and $2.40 billion, compared with the average analyst expectation of $2.54 billion, according to Refinitiv IBES data. Its full-year forecast was also below market estimates.

The dour view reflects the expected hit from a return of pre-pandemic shopping habits and stubbornly high inflation, which is likely to curtail consumer spending. It also mirrors weakness seen at larger rival Amazon.com Inc and arts-and-crafts marketplace Etsy Inc.

In the first three months of the year, eBay’s gross merchandise volume – a widely watched figure for the e-commerce industry’s performance – slumped 20% to $19.4 billion.

Chief Financial Officer Stephen Priest said on a post-earnings call that the business also took a hit from the conflict in Ukraine, which has weighed on e-commerce traffic in its key markets of Germany and the United Kingdom.

“Those negative impacts will continue through 2022,” he said.

Active buyers on eBay declined 13% to 142 million in the quarter. Revenue fell 6% to $2.48 billion, but came in slightly above expectations of $2.46 billion.

While the company’s first-quarter adjusted profit was better than estimates, its forecast for earnings in the current period of 87 cents per share to 91 cents per share was below the average analyst view of $1.01 per share.

The e-commerce sector has grappled with a jump in costs in recent months due to a tight labor market and the ongoing supply chain crisis.

(Reporting by Tiyashi Datta in Bengaluru; Editing by Aditya Soni) 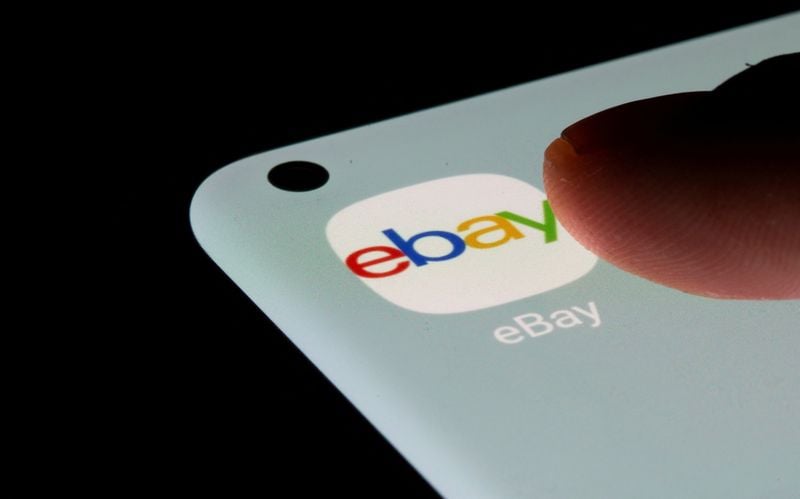