SINGAPORE -HSBC and Ping An executives plan to meet in mid-May to discuss the Chinese insurer’s proposal that the bank should explore strategic options such as spinning off its Asian business, a source familiar with the matter said on Wednesday.

Ping An, the biggest shareholder in HSBC, called last week on the London-headquartered bank to look at ways to boost returns in a move viewed by some analysts as potentially being driven more by politics than finances.

The source declined to be identified due to the sensitivity of the situation.

Ping An, which is China’s biggest insurance company, did not respond to requests for comment. HSBC declined to comment.

Europe’s biggest lender by total assets has not commented on Ping An’s proposal but defended its structure last week, saying in a statement that it believed it had the right strategy and was focused on delivery.

HSBC’s Hong Kong-listed shares rose 1.9% on Wednesday, building on Tuesday’s gains of 2.6%, outperforming again as markets warmed up to the idea of a break-up. The London-listed shares were up 1.5% in London in a weaker market.

HSBC shareholders have grappled with the idea of a breakup several times in recent years as disappointing earnings from UK, European and U.S. businesses and a failure to deliver on promises of double-digit returns weighed on the bank’s stock.

HSBC earned 52% of last year’s total revenue of $49.6 billion from Asia and 65% of its reported profit before tax came from the region.

Some investors, however, gave the proposal a lukewarm response this week, voicing concerns that a split would prove complex with no guarantee of boosting returns.

“To the extent that the Asian arm would see an increase in value, a separation could make sense,” said Hargreaves Lansdown Select Fund Manager Steve Clayton.

“However, Western investors may take the opposite view; moving a big part of HSBC’s value out of UK regulation and into the reach of an increasingly assertive Chinese regulatory environment could be viewed as a negative move.”

Ping An said last week that it supports all reform proposals that could help to increase HSBC’s long-term value. Ping An owned an 8.23% stake in HSBC as of early February 2022. It first reported it owned a 5% stake in HSBC in late 2017.

An Asian demerger could also lead to higher costs of capital in the longer term, effectively wiping out any quick gains gleaned from new listings, some investors and analysts said.

HSBC’s Hong Kong-listed shares have surged about 85% since plunging to 25-year lows in September 2020.

The timing of Ping An’s call for change comes amid growing geopolitical tensions between the West and China and may encourage investors to consider more than just the financial forces at play.

Citing people inside Chinese state enterprises and HSBC, Reuters reported last year that Beijing had become disenchanted with the bank over sensitive legal and political issues, from China’s crackdown in Hong Kong to the U.S. indictment of an executive at Chinese tech champion Huawei Technologies.

In 2016, HSBC decided to keep its headquarters in London, rejecting the option of shifting its centre of gravity back to its main profit-generating hub of Hong Kong after a 10-month review.

HSBC was founded in Hong Kong in 1865 as The Hongkong and Shanghai Banking Corporation. It also opened offices in Shanghai and London that year to support international trade. 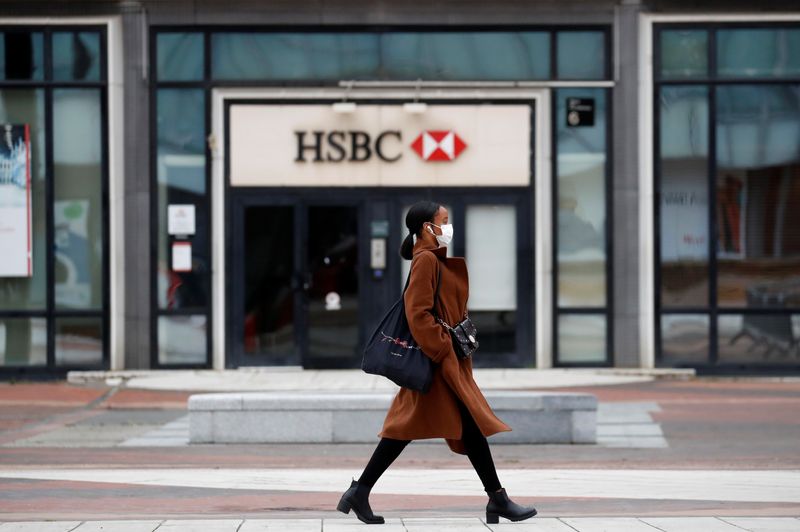