By Brendan Pierson and Nate Raymond

(Reuters) – If the U.S. Supreme Court reverses its landmark 1973 Roe v. Wade decision guaranteeing abortion rights nationwide, demand for abortion pills, which can be prescribed through online telemedicine visits, will likely rise. Conservative states have already rushed to restrict the practice, and if Roe falls, they will be able to ban it altogether, experts say.

WHAT IS A MEDICATION ABORTION?

HOW DOES THE FEDERAL GOVERNMENT REGULATE MEDICATION ABORTIONS?

The U.S. Food and Drug Administration approved mifepristone in 2000, but until very recently, the FDA mandated that patients get it at a doctor’s office, clinic or hospital. After easing those restrictions during the COVID-19 pandemic, the agency in December permanently did away with the requirement that it had to be dispensed in person, allowing patients to consult with healthcare providers via telemedicine appointments and receive the pills by mail. That increased access to abortion for patients living in remote areas without providers nearby and women unable to take time off from work or not able to get to clinics for other reasons. The drugs are approved for use through the 10th week of pregnancy.

Medication abortions have become a target of anti-abortion politicians and activists. At least 116 restrictions, including eight measures that ban the practice outright, have been introduced this year, according to the Guttmacher Institute.

Thirty-two states allow only physicians to dispense abortion pills, according to the Kaiser Family Foundation. Six states, including Texas and Missouri, ban any use of telemedicine for medication abortion. Another 21 states do not have blanket bans but require at least one in-person visit, meaning patients cannot simply have a telemedicine appointment and receive the pills by mail, according to the foundation.

WHAT IS THE IMPACT ON MEDICATION ABORTIONS IF ROE V. WADE IS OVERTURNED?

If the Supreme Court overturns Roe, conservative states are poised to ban or sharply restrict abortion altogether, including 13 with so-called “trigger laws” that would take effect immediately or soon after the court acts. They would apply to medication abortions. Some trigger laws ban abortions almost completely, while others would outlaw abortion after six weeks or 15 weeks https://tmsnrt.rs/3sbQQEp.

CAN A PATIENT IN A STATE WHERE MEDICAL ABORTION IS ILLEGAL GET THE PILLS FROM AN OUT-OF-STATE PROVIDER WHERE IT IS LEGAL?

That depends. It is illegal for a medical professional to prescribe the pills via a telemedicine appointment to a woman in a state where they are illegal, legal experts say.

“The laws around telemedicine generally say that the location of the patient controls,” said Amanda Allen, senior counsel at the Lawyering Project, an organization that represents abortion providers. Doctors who prescribed abortion pills to a patient in a state where they are illegal could lose their licenses in that state, or even face criminal charges, she said.

A woman who lives in a state where abortion is illegal could travel to a state where it is legal, have a telemedicine visit, and have the medication mailed to an address there.

“In some cases, that’s somewhat less burdensome and costly than to travel all the way to a brick-and-mortar clinic in a neighboring state,” she said, noting that patients who travel to clinics in other states have sometimes faced weeks-long waits for appointments.

ARE THERE CURRENTLY LAWSUITS CHALLENGING STATE RESTRICTIONS ON MEDICAL ABORTION?

Yes. GenBioPro Inc, a company that sells mifepristone, has already challenged Mississippi restrictions on telemedicine by arguing that they are “preempted” by the FDA, meaning that the federal approval of the drug overrides any state law. There has not been a ruling in that case, which is pending in Mississippi federal court.

Similar challenges have succeeded before. In 2014, a Massachusetts federal judge struck down a state law seeking to regulate opioid drugs more stringently than federal law on the grounds that it was preempted.

Those challenges, though, could ultimately end up at the Supreme Court, which is unlikely to strike down the state restrictions.

CAN PATIENTS GET ABORTION PILLS FROM OTHER COUNTRIES?

Yes. Women in states cracking down on telemedicine abortion have increasingly turned to ordering pills online from overseas.

While the practice is not legal, state authorities have said they have no effective way of policing orders from foreign doctors and pharmacies.

(Reporting by Brendan Pierson in New York and Nate Raymond in Boston; Editing by Alexia Garamfalvi and Lisa Shumaker) 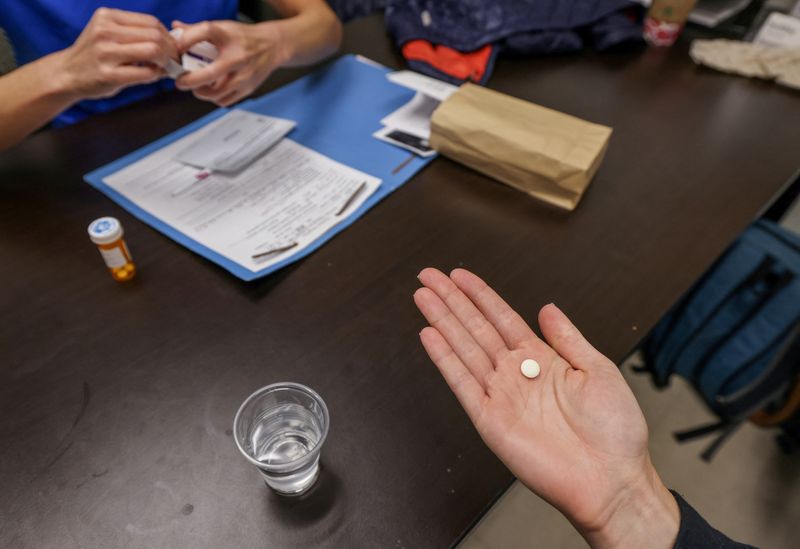