PARIS – France’s Socialist Party and the hard-left La France Insoumise (LFI) agreed in principle on Wednesday to run together in June parliamentary elections and try to deprive newly re-elected President Emmanuel Macron of a majority.

If confirmed, the coalition pact, which the Greens and Communists approved earlier this week, will be the first time the French left has united in 20 years – but under the helm of the eurosceptic, leftist LFI this time around.

“We want to have lawmakers in a majority of constituencies, to prevent Emmanuel Macron from continuing his unfair and brutal policy…and defeat the far right,” the Socialists and LFI said in a joint statement after days of difficult talks.

The deal took shape under the leadership of LFI’s firebrand chief Jean-Luc Melenchon, who fared much better than the ailing Socialist Party (PS) in the presidential election last month.

Melenchon broke from the PS in 2008 after failing to dilute its pro-European Union stance, and this was apparent in Wednesday’s deal, in which the erstwhile very pro-European PS agreed to “disobey” or at least “temporarily depart” from EU rules on a number of economic, social and budgetary policies.

The statement, which still needed to be approved by the PS national committee at a meeting on Thursday evening, says both parties want the EU to be more focused on social rights and the protection of the environment.

Policies of the new left-wing alliance also include plans to lower the retirement age from 62 to 60, raise the minimum wage and cap prices on essential products.

Macron won a second presidential mandate last month but he will need a majority in parliament as well to push his pro-business policies, including raising the retirement age to 65.

The swearing-in ceremony for his second term will be held on Saturday, while some of his pro-EU camp’s candidates for the June elections should be known later this week.

If confirmed by the PS on Thursday, Melenchon’s success in striking Wednesday’s deal with a party that was long the dominant force on the left would mark a turning point.

The PS has given France two presidents since World War Two and been a driving force for European integration.

But the Socialists had little leverage in the talks. Their presidential candidate, Paris Mayor Anne Hidalgo, garnered a meagre 1.75% of votes cast in last month’s ballot, while Melenchon was third with 22%.

Socialist veterans, including ex-party leader Jean-Christophe Cambadelis, have already called on fellow members to block the deal, saying it could mark the end of a pro-EU force on the left.

Corinne Narassiguin, a senior party leader, said the deal – under which only one lawmaker from each party that joins the alliance will run in any constituency – foresees that the PS would have only 70 candidates in mainland France, and possibly a few more in oversees territories.

The French lower house has 577 lawmakers.

A recent Harris Interactive poll showed a united left and an alliance between Macron’s centrist party and the conservatives running neck and neck, each with 33% of the legislative vote. However, in France’s two-round electoral system, projections show this could still yield a majority of seats for Macron. 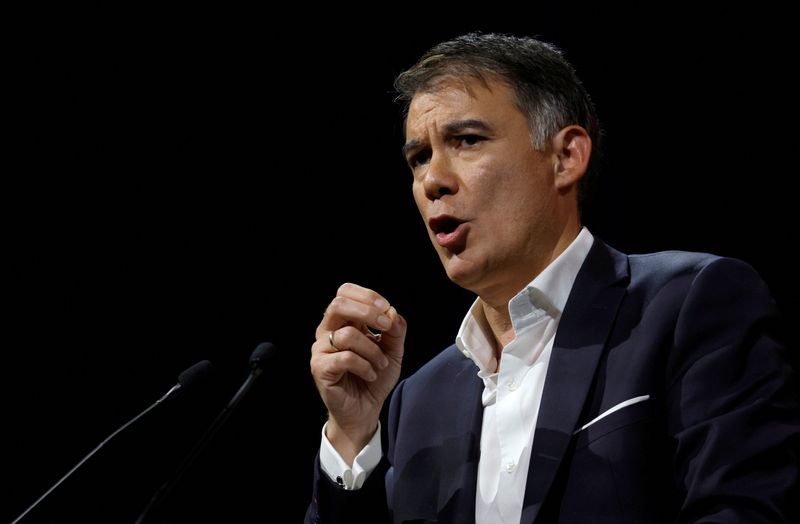 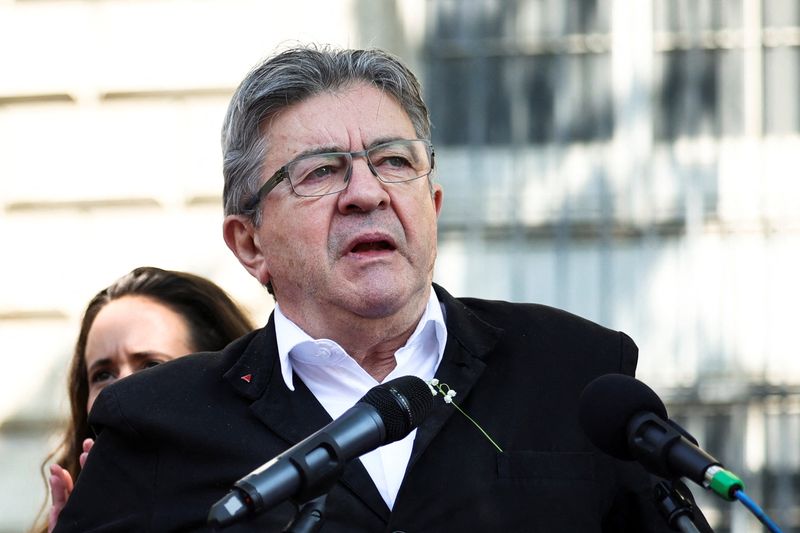