(Reuters) – U.S. Supreme Court Justice Samuel Alito’s draft opinion that would end the recognition of a constitutional right to abortion could imperil other freedoms related to marriage, sexuality and family life including birth control and same-sex nuptials, according to legal experts.

The draft ruling, disclosed in a leak that prompted Chief Justice John Roberts on Tuesday to launch an investigation, would uphold a Mississippi law banning abortions after 15 weeks of pregnancy and overturn the 1973 Roe v. Wade ruling that legalized the procedure nationwide.

The draft’s legal reasoning, if adopted by the court when it issues its eventual ruling by the end of June, could threaten other rights that Americans take for granted in their personal lives, according to University of Texas law professor Elizabeth Sepper, an expert in healthcare law and religion.

The court’s 6-3 conservative majority, including Alito, has become increasingly assertive on a range of issues. The court confirmed the authenticity of the leaked draft but called it preliminary.

The Roe decision, one of the court’s most important and contentious rulings of the 20th century, recognized that the right to personal privacy under the U.S. Constitution protects a woman’s ability to terminate her pregnancy.

“Roe was egregiously wrong from the start. Its reasoning was exceptionally weak, and the decision has had damaging consequences,” Alito wrote in the draft, adding that Roe and a 1992 decision that reaffirmed it have only “deepened division” in society.

According to Alito, the right to abortion recognized in Roe must be overturned because it is not valid under the Constitution’s 14th Amendment right to due process.

Abortion is among a number of fundamental rights that the court over many decades recognized at least in part as what are called “substantive” due process liberties, including contraception in 1965, interracial marriage in 1967 and same-sex marriage in 2015.

Though these rights are not explicitly mentioned in the Constitution, they are linked to personal privacy, autonomy, dignity and equality. Conservative critics of the substantive due process principle have said it improperly lets unelected justices make policy choices better left to legislators.

Alito reasoned in the draft that substantive due process rights must be “deeply rooted” in U.S. history and tradition and essential to the nation’s “scheme of ordered liberty.” Abortion, he said, is not, and rejected arguments that it is essential for privacy and bodily autonomy reasons.

Like abortion, other personal rights including contraception and same-sex marriage may be found by conservative justices to fall outside this framework involving rights “deeply rooted” in American history, scholars noted.

“This was considered social progress – we were changing as a society and different things became important and became part of what one cherished,” said Carol Sanger, an expert in reproductive rights at Columbia Law School.

In the draft, Alito sought to distinguish abortion from other rights because it, unlike the others, destroys what the Roe ruling called “potential life.”

“Nothing in this opinion should be understood to cast doubt on precedents that do not concern abortion,” Alito wrote.

Sepper said that Alito is “not particularly convincing because he doesn’t do the work to distinguish those cases in a meaningful way.” She added: “It’s a really sweeping opinion. It doesn’t pull any punches when it comes to the abortion right.”

Alito’s opinion resembles his dissent in the court’s same-sex marriage ruling in which he said the 14th Amendment’s due process promise protects only rights deeply rooted in America’s history and tradition.

“And it is beyond dispute that the right to same-sex marriage is not among those rights,” Alito wrote in his 2015 dissent.

Some conservative commentators have suggested that Alito has provided a road map for future attempts to eliminate other guaranteed liberties. Other legal scholars doubt that there is either a willingness on the court or in legislatures to eliminate other rights.

“On interracial marriage, contraception and same-sex marriage, for one reason or another there is no likelihood the court is going to revisit those decisions,” Northwestern University law professor John McGinnis said.

The fact that Americans have relied on the same-sex marriage decision to plan and invest in their lives and relationships makes it unlikely that the justices will overturn it, McGinnis said.

“But on the whole its effect on due process rights is likely to be minor,” Somin said.

(Reporting by Andrew Chung in New York; Editing by Will Dunham and Scott Malone) 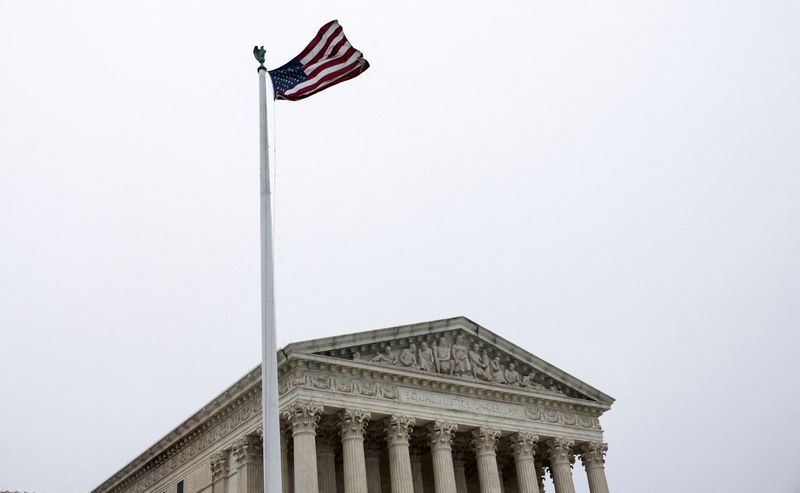