(Reuters) – Green Thumb Industries Inc reported a surge in revenue and core profit on Wednesday, as increasing acceptance of marijuana in the United States helped one of the country’s largest weed producers attract more customers.

Eighteen states in the U.S. now allow the sale of cannabis for recreational use, with New Jersey joining the list last month and highlighting a surge in public support and demand for the plant since the onset of the COVID-19 pandemic.

“We now have a $25 billion legal (cannabis) industry and we think over the next several years, or a decade, it will be a $75 billion to $100 billion industry,” Green Thumb Chief Executive Officer Ben Kovler told Reuters.

“We don’t see any other consumer industry with that kind of tailwind at all,” he said, calling the industry’s outlook “incredibly rosy”.

Green Thumb, one of the top three U.S. weed producers by market value, posted a 25% increase in its first-quarter revenue. Its core profit rose 16.5% to $77.5 million.

The company saw increased traffic across its 76 open cannabis retail stores, it said in a statement.

“More Americans are buying products. We have new users as a result of state policy, opening up of new markets, as well as higher traffic and increasing user base across current markets,” Kovler noted.

Green Thumb said net income attributable to the company rose to $28.9 million, or 12 cents per share, in the three months ended March 31, compared to $10.4 million, or 5 cents, a year ago.

(Reporting by Rithika Krishna and Shariq Khan in Bengaluru; Editing by Shailesh Kuber) 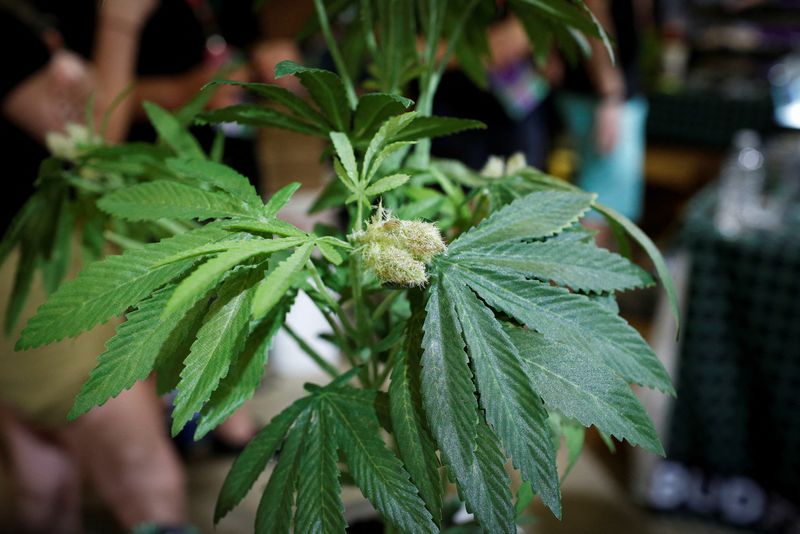