(Reuters) – Rhode Island’s highest court on Wednesday upheld a state law guaranteeing its citizens’ right to abortion, just as abortion rights at the national level appear to be in jeopardy.

The Rhode Island Supreme Court rejected a lawsuit by several individuals and anti-abortion group Servants of Christ for Life challenging the state’s Reproductive Privacy Act. The law, signed in 2019 by then-Governor Gina Raimondo, a Democrat, effectively secures the abortion rights set out in the U.S. Supreme Court’s landmark 1973 ruling in Roe v. Wade.

State-level legal battles over abortion will likely become common if the nation’s highest court reverses Roe, as a draft opinion leaked Monday suggests it plans to do. Other Democratic-led states, including Colorado and Vermont, have also moved to pass abortion rights laws.

The plaintiffs in the Rhode Island lawsuit argued that they should have had a chance to vote against the abortion law in a referendum. Two of the plaintiffs also sought to bring claims on behalf of their unborn children, saying the law erased their legal rights.

The state Supreme Court ruled Wednesday that there was no right to a referendum on the issue and that none of the adult plaintiffs had been harmed by the law, meaning they had no standing to sue.

Citing Roe, the court found that the unborn children of the previously pregnant plaintiffs were not “persons” who could bring legal claims. It also found that they had no standing because they were not harmed either, having been born since the case began.

Breaking News
Factbox-Restrictions versus protections: How U.S. states are taking sides on abortion

Diane Messere Magee, a lawyer for the plaintiffs, said on Twitter that the decision “relies heavily” on Roe, and that her clients were considering whether to appeal to the U.S. Supreme Court.

The office of Rhode Island Governor Dan McKee did not immediately respond to a request for comment. 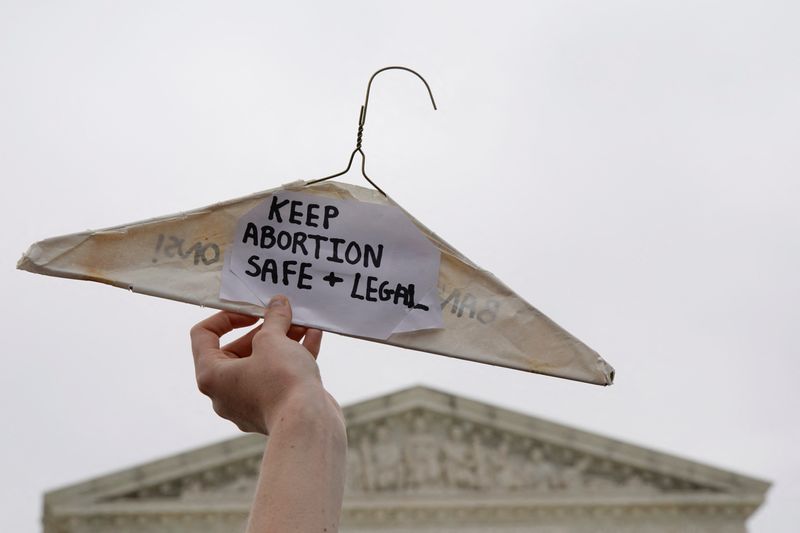