By Natalia Zinets and Francesco Guarascio

Mariupol authorities say some 200 civilians, as well as Ukrainian fighters, are still holed up in a vast network of underground bunkers in the Azovstal steel plant, which has suffered repeated bombardment from encircling Russian troops.

Civilians who were evacuated to safety this week under a United Nations-led deal voiced fear for those still trapped inside.

“God forbid more shells hit near the bunkers where the civilians are,” said evacuee Tetyana Trotsak, who was among dozens of Ukrainians who reached the Ukraine-controlled town of Zaporizhzhia on Tuesday.

After failing to capture the capital Kyiv in the early weeks of an assault that has killed thousands and flattened cities, Russia has accelerated attacks on Ukraine’s south and east, where the Azov Sea port of Mariupol is its main target.

Russia declared victory over Mariupol on April 21 after weeks of siege and shelling. The city is key to Moscow’s efforts to cut Ukraine off from the Black Sea – vital for grain and metals exports – and link Russian-controlled territory in the south and east.

Russia’s military said it would pause military activity at Azovstal during Thursday daytime and the following two days to allow civilians to evacuate.

Humanitarian corridors will be opened “for the evacuation of civilians (working personnel, women and children) whose presence in the underground facilities of the plant (has) been announced by the Kyiv authorities,” Russia’s military said.

“The lives of the people who remain there are in danger. Everyone is important to us. We ask for your help in saving them,” Zelenskiy said.

Over 300 civilians were evacuated from Mariupol and other areas in southern Ukraine as part of a joint U.N.-Red Cross operation that concluded on Wednesday, U.N. humanitarian coordinator for Ukraine Osnat Lubrani said.

“While this second evacuation of civilians from areas in Mariupol and beyond is significant, much more must be done to make sure all civilians caught up in fighting can leave, in the direction they wish,” Lubrani said.

‘PUTIN MUST PAY A PRICE’

Piling pressure on Russia’s already battered $1.8 trillion economy, Brussels proposed phasing out imports of Russian crude oil within six months and refined products by the end of this year.

The plan, if agreed by all 27 EU governments, would follow U.S. and British oil bans and be a watershed for the world’s largest trading bloc, which remains dependent on Russian energy and must find alternative supplies.

U.S. President Joe Biden said he would speak to other Group of Seven leaders this week about possible further steps against Moscow. “We’re always open to additional sanctions,” Biden told reporters in Washington.

Ukraine’s Foreign Minister Dmytro Kuleba welcomed the news from the EU, but stressed the urgency of acting to starve Russia’s war machine.

“My position is simple: every euro paid to Russia for gas, oil or other goods ends up as rounds of ammunition in Ukraine to kill my compatriots,” he told Austrian TV channel Puls 4 in an interview.

The Kremlin said Russia was weighing various responses to the EU plan, adding that the measures would be costly for European citizens.

A source said EU envoys could reach a deal on Thursday or later this week on the plan, which also targets Russia’s top bank, its broadcasters, and hundreds of individuals.

Russian Defence Minister Sergei Shoigu renewed a warning that Moscow would seek to hit U.S and NATO shipments of weapons into Ukraine.

Ukrainian authorities said Russian strategic bombers fired 18 rockets “with the aim of damaging our country’s transport infrastructure” and confirmed an attack on the railways.

Announcing surprise military drills, Belarus’s defence ministry said they posed no threat to neighbours, but Ukraine’s border service said it could not rule out that Belarusian forces might join Russia’s assault.

Some Russian forces entered Ukraine via Belarus when the invasion began on Feb. 24 but so far no Belarusian troops have been involved in what Moscow calls a “special military operation” to disarm Ukraine and defend its Russian-speaking population from fascists.

Kyiv and its Western supporters say Moscow’s fascism claim is a pretext for an unprovoked war of aggression that has driven more than 5 million Ukrainians to flee abroad.

The Kremlin on Wednesday dismissed speculation Putin would formally declare war on Ukraine and decree a national mobilisation on May 9, when Russia commemorates the Soviet Union’s victory over Nazi Germany in World War Two.

Putin is due to deliver a speech and oversee a May 9 military parade in Moscow’s Red Square. 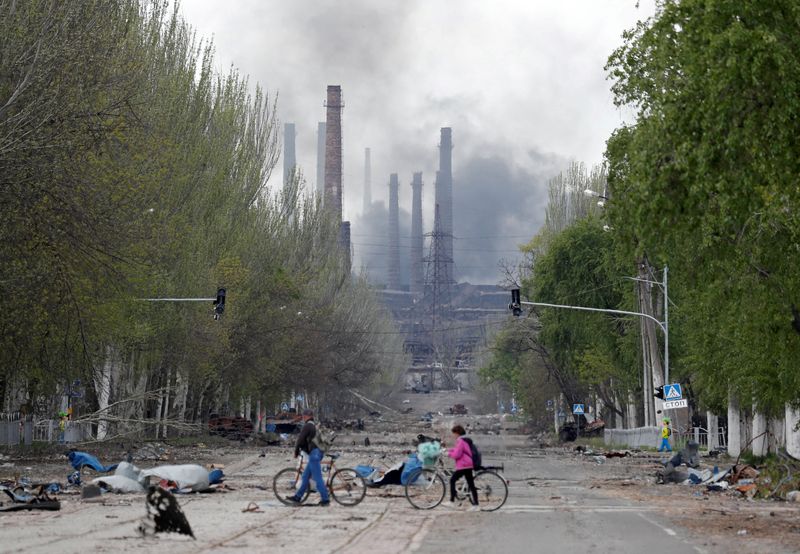 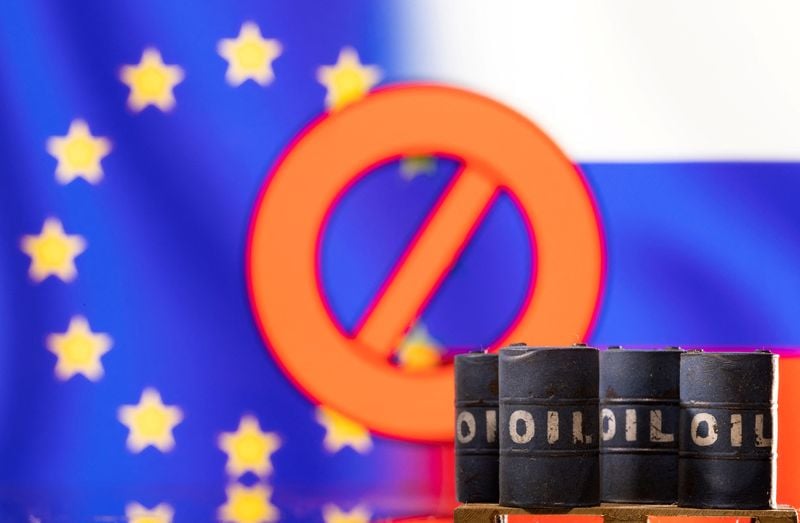 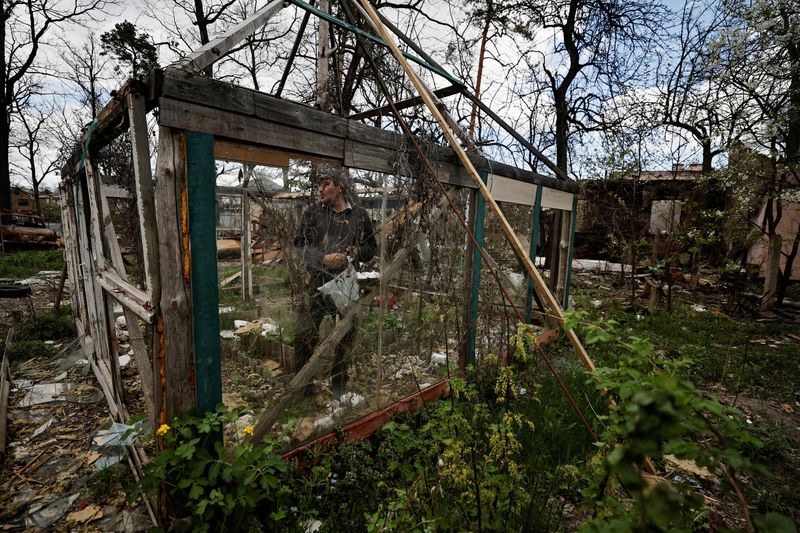 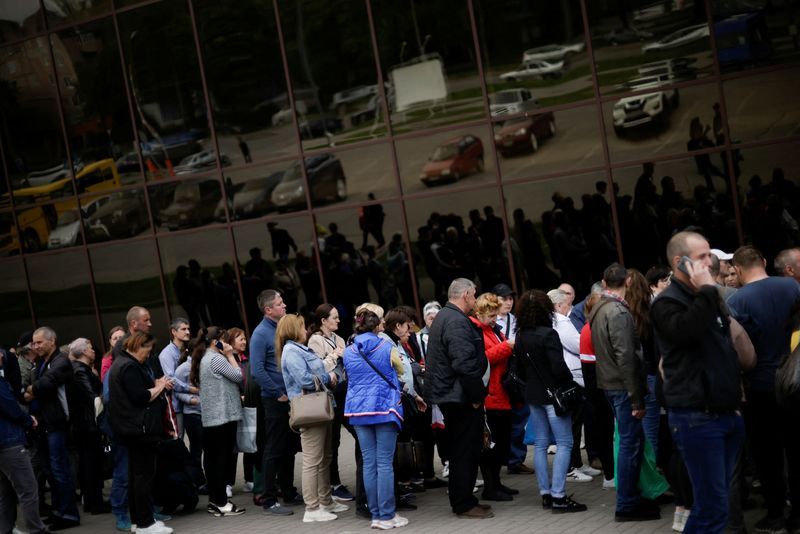 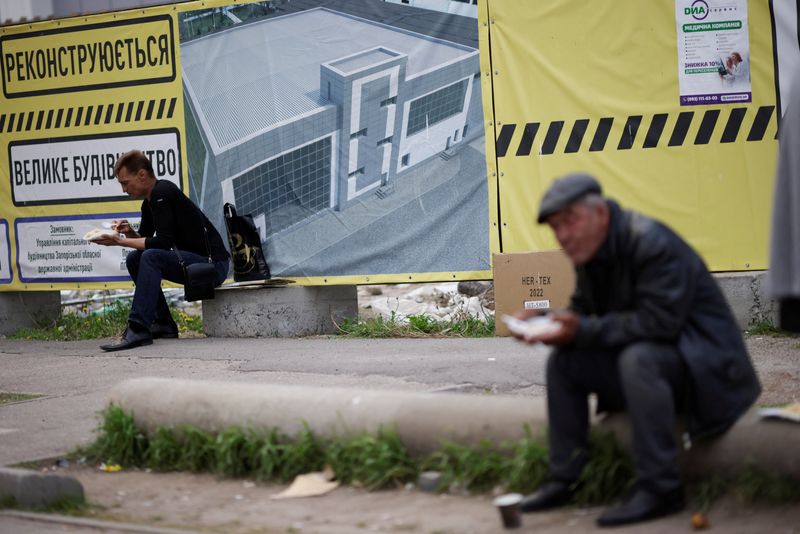 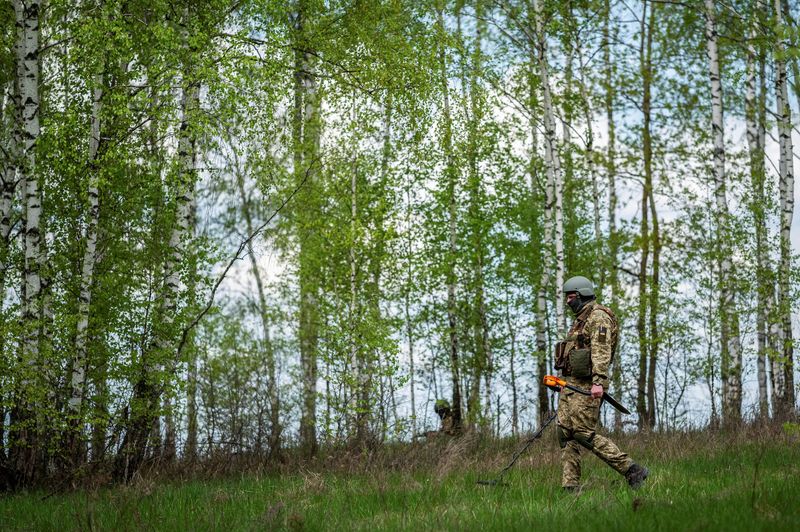 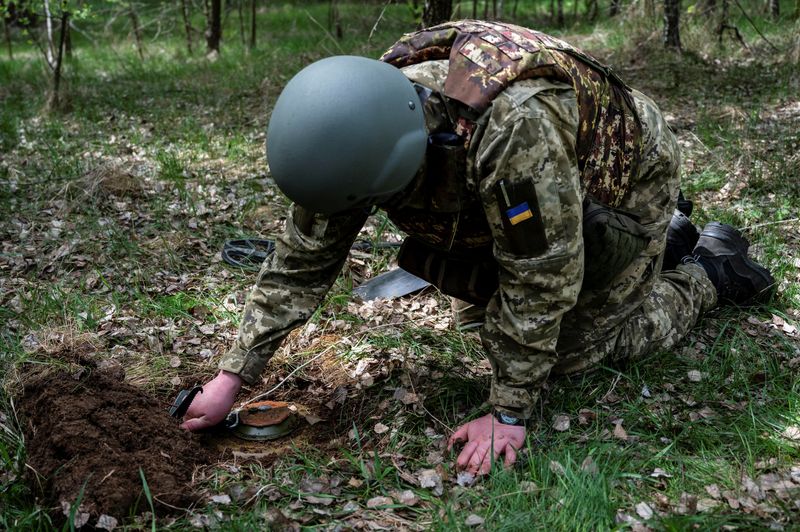