DUBLIN – Ryanair’s load factor – a measure of how well an airline is filling available seats – rose above 90% for the first time since the beginning of the COVID-19 pandemic as traffic rose sharply during the key Easter holiday period.

Ryanair flew 14.2 million people in April compared to just 1 million during lockdown a year ago and 13.5 million in April 2019, the second month in a row it has carried more passengers than in the corresponding pre-pandemic period.

The Irish airline, Europe’s largest by pasenger numbers, said it operated over 82,600 flights in April with a 91% load factor.

Chief Executive Michael O’Leary said earlier this year that he expected Ryanair’s aircraft to be almost 90% full by April and above that level in the summer. The airline has said it is profitable when occupancy reaches 80%.

Its load factor regularly reached at least 96% a month before the pandemic.

The low cost carrier expects to fly 14% more capacity this summer than in the same season of 2019, and will carry a record 165 million passengers in the year to March 2023 up from just under 100 million in the previous year and a pre-COVID record of 149 million. 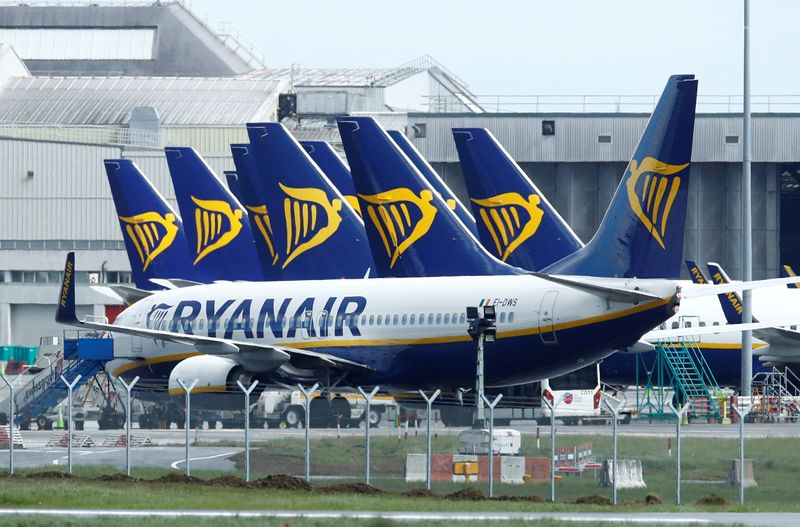