MADRID (Reuters) – The number of people registering as jobless in Spain fell 2.77%in April to 3.02 million people, the lowest level since July 2019, as hirings sped up and took formal jobs to over 20 million for the first time ever, official data showed on Wednesday.

Most sectors added jobs in the month, and a strong recovery of the pandemic-ravaged tourism industry during the Easter holidays also contributed to the improvements in the labour market data, the Labour Ministry said.

“Unemployment data are better than when we came to power despite the great uncertainty,” Labour Minister Yolanda Diaz told an event hosted by Europa Press in Madrid. Socialist Prime Minister Pedro Sanchez and his cabinet were sworn in in January 2020.

The data marks the third consecutive month of falling jobless figures and the lowest number of unemployed in a month of April since 2008.

A recent labour reform approved by the country’s lower house has led to an increase of indefinite labour contracts and encouraged formal hiring, the minister added.

The month ended with almost 20.1 million people holding a formal job contract, the Social Security Ministry said in a separate report, adding that it was the first time in its historical series a month ended with more than 20 million such jobs.

Spain’s quarterly unemployment rate, which last year fell to pre-2008 financial crisis levels, edged up in the first quarter of this year to 13.65% but remains far below year-ago levels, the country’s statistics department said last week. 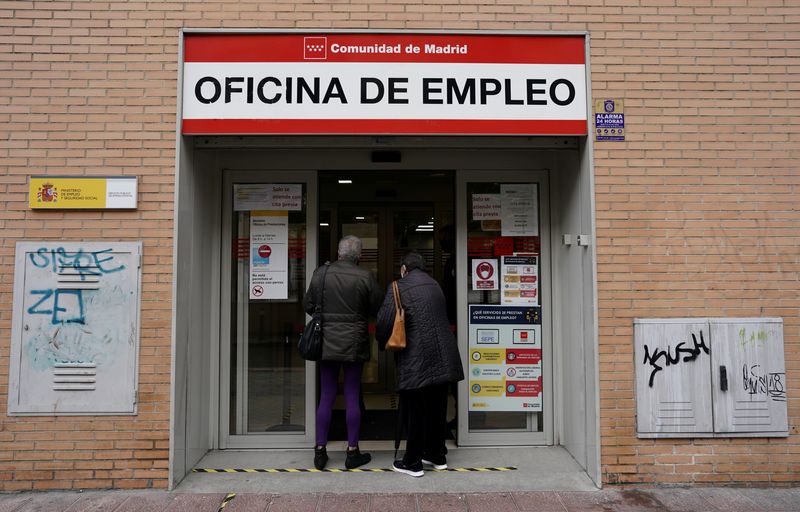