(Reuters) -The U.S. Treasury Department said on Wednesday it would continue reducing its coupon issuance across all maturities in the coming quarter, with the largest cuts coming in the seven-year and 20-year maturities.

The Treasury said it was trimming issuance, but by smaller increments than in previous quarters, based on projected borrowing needs that include recent strong tax receipts and potential redemptions of Treasury securities by the Federal Reserve.

Additional reductions may also be necessary, depending on developments in its projected borrowing needs, it said in a press release.

Later on Wednesday the Federal Open Market Committee is expected to raise interest rates by an aggressive 50 basis points to slow accelerating inflation. It raised them 25 basis points at its March meeting, the first hike since late 2018.

At the same time the central bank is expected to announce plans to reduce its balance sheet, which ballooned to nearly $9 trillion as the Fed bought Treasuries and mortgage-backed securities to keep interest rates low during the pandemic.

The U.S. government had increased auction sizes in 2020 to pay for coronavirus-related spending.

Treasury expects to cut the size of 2-, 3- and 5-year note auctions by $1 billion each per month over the May-July quarter, while 7-year auctions will be cut by $2 billion per month in the same period.

“You mentioned inflation. An important part of our borrowing approach are Treasury Inflation Protected Securities that represent 7-1/2% or so of the outstanding Treasury stock,” Brian Smith, deputy assistant secretary for federal finance, said in response to a question on a refunding conference call.

“As we see strong demand continue for those we continue to modestly increase them, again thinking much more about the long-term structural ways they reduce Treasury’s borrowing costs and diversify our liabilities, not reactive to short-term inflation prints.”

The U.S. Treasury said on Monday it expects to pay down $26 billion in debt the second quarter, down from a January borrowing estimate of $66 billion, primarily because of an increase in receipts. The second-quarter estimate assumes an end-of-June cash balance of $800 billion. 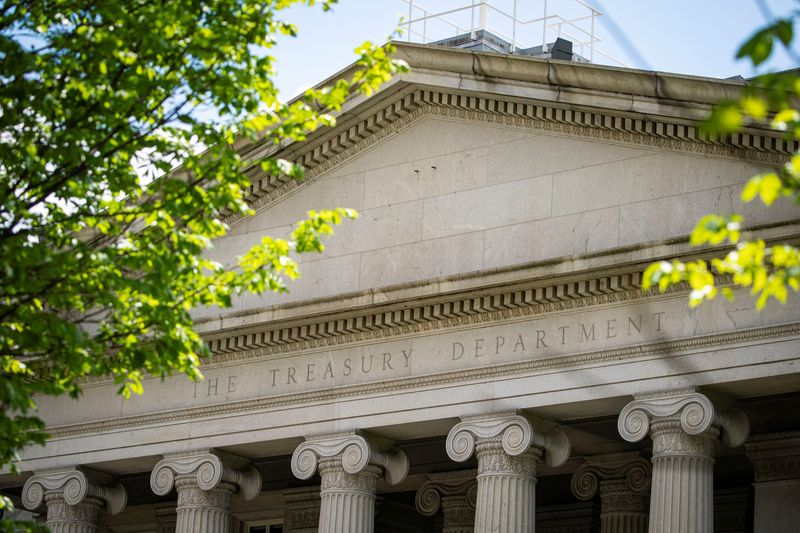