PARIS -Air France-KLM posted a first-quarter core profit that landed ahead of its own forecasts, fuelled by a recovery in ticket sales and lower unit costs, the Franco-Dutch airline group said on Thursday.

Chief Executive Officer Benjamin Smith said the “recovery is here” amid strong forward bookings. “This paves the way for a successful summer season,” he said in a statement.

The company flagged strong demand trends in March, despite the continued impact of COVID-19 and a short slowdown after Russia launched its invasion of Ukraine in late February.

The conflict has destabilised global oil prices and caused airlines to suspend flights and plan longer routes to avoid Russian and Ukrainian airspace, but hedging fuel costs and fare hikes helped Air France-KLM soften the hit to its earnings.

It had predicted that EBITDA would land around break-even. It now expects its operating result – 350 million euros in the red in the first quarter – to break even in the second quarter and turn “significantly positive” in the third.

Analysts polled by the company last month had on average expected smaller revenues and deeper losses.

The group, which is looking to repay support it received during the pandemic, said it was considering measures such as capital increase and quasi equity instruments to speed up its payments to the French state, its top shareholder.

It said it was making progress in talks on refinancing 500 million euros of company assets as part of a previously announced push to raise up to 4 billion euros.

Air France-KLM, which has announced sweeping pandemic job cuts and taken on government wage support, said staff costs in the first quarter were down 23% compared to the same period in 2019.

The group’s Dutch arm KLM scrapped dozens of flights at the start of the April school holidays, when ground staff went on strike demanding better pay and working conditions.

The Dutch state has meanwhile indicated it would vote against a CEO pay package totalling several million euros at an upcoming shareholder meeting.

Air France-KLM reported a net loss of 552 million euros from revenues that more than doubled.

It said it was in exclusive discussions with GE-Safran venture CFM over engines for Airbus A320neos. 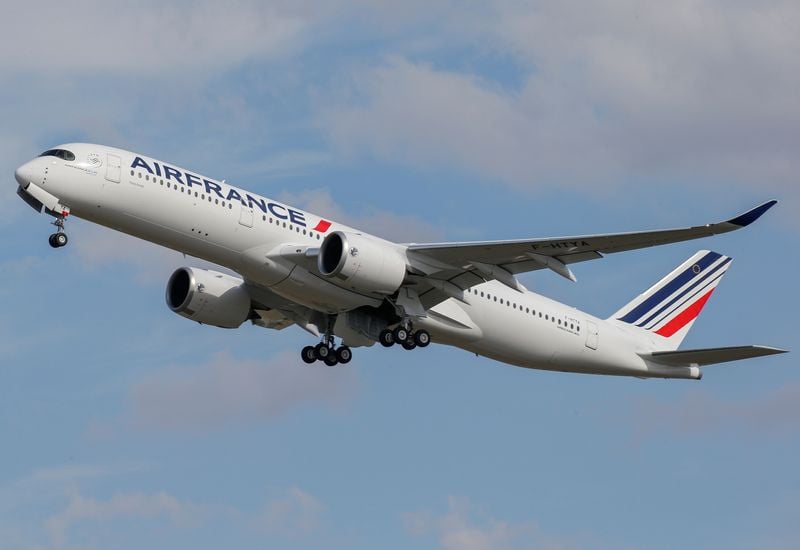