BEIJING -China’s services sector activity contracted at the second-steepest rate on record in April, as tighter COVID curbs halted the industry, leading to sharper reductions in new business and employment, a private-sector survey showed on Thursday.

The Caixin services purchasing managers’ index (PMI) fell to 36.2 in April, the second-lowest since the survey begun in November 2005 and down from 42 in March. The index hit 26.5 in February 2020 during the onset of the pandemic, representing the biggest contraction in activity on record.

The 50-point mark separates growth from contraction on a monthly basis.

The pessimistic findings from the survey, which focuses more on small firms in coastal regions, are in line with the government’s official PMI, pointing to the fast deterioration in a sector that accounts for about 60% of the economy and half of urban jobs.

A sub-index for new business stood at 38.4, also the second-lowest on record and down from 45.9 the previous month, with services firms reporting the escalation of measures to contain the spread of COVID cases weighed heavily on customer demand at the start of the second quarter.

A China lockdown index compiled by Goldman Sachs increased by more than 14 points on average in April from March, as the commercial hub of Shanghai went into a city-wide lockdown, with 25 million residents confined to their homes.

The private-sector survey also showed employment declined for the fourth straight month in April, although the drop was marginal, compared with sizeable falls in activity.

As of Tuesday, 43 cities are under full or partial lockdowns or have implemented district-based controls, which involve strict mobility restrictions for local residents, according to Nomura.

The Politburo, a top decision-making body of the ruling Communist Party, said China will step up policy support but analysts say their tasks and goals will become harder unless China eases its zero-COVID policy, which it has shown few signs of doing.

Caixin’s April composite PMI, which includes both manufacturing and services activity, slumped to 37.2 from 43.9 from the previous month.

The Caixin PMI is compiled by S&P Global from responses to questionnaires sent to purchasing managers in China. 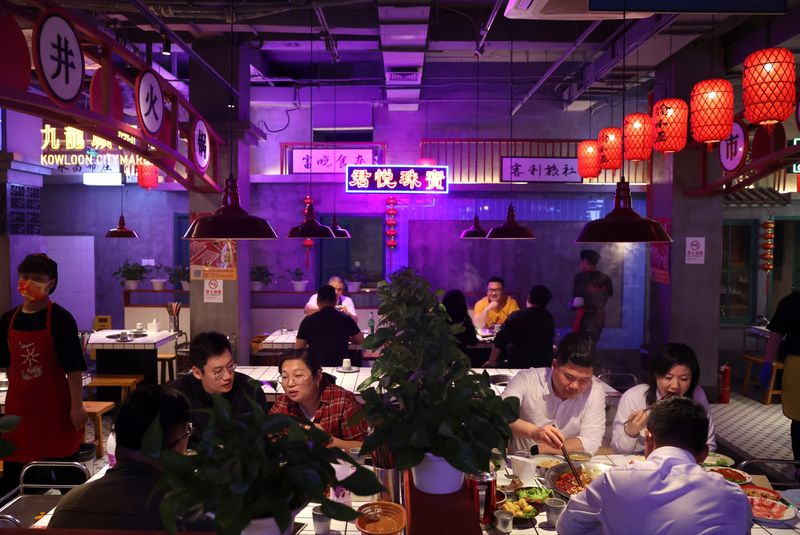