By Gabriel Stargardter and Matt Spetalnick

The previously unreported comments by CIA Director William Burns came in an intimate, closed-door meeting in July, according to two people familiar with the matter, who spoke on condition of anonymity. Burns was, and remains, the most senior U.S. official to meet in Brasilia with Bolsonaro’s right-wing government since the election of U.S. President Joe Biden.

A third person in Washington familiar with the matter confirmed that a delegation led by Burns had told top Bolsonaro aides the president should stop undermining confidence in Brazil’s voting system. That source was not certain whether the CIA director himself had voiced the message.

The CIA declined to comment. Brazil’s Institutional Security Cabinet (GSI), which is part of the president’s office and led by National Security Adviser Augusto Heleno, said in a statement that the Burns meeting had been publicly announced.

“The matters dealt with in intelligence meetings are confidential,” it said. “The GSI does not receive messages from any country in the world, nor does it transmit them.”

Later, in a weekly social media address, Bolsonaro and Heleno denied such a message had been delivered.

Bolsonaro, a far-right nationalist who idolizes Trump, has echoed the former U.S. leader’s baseless allegations of fraud in the 2020 U.S. election. He has also cast similar doubts about Brazil’s electronic voting system, calling it liable to fraud, without providing evidence.

That has raised fears among his opponents that Bolsonaro, who is trailing leftist former President Luiz Inacio Lula da Silva in opinion polls, is sowing doubts so he can follow Trump’s example, rejecting any loss in the Oct. 2 vote.

On multiple occasions, Bolsonaro has floated the idea of not accepting the results, and has repeatedly attacked the country’s federal electoral court. Last week, in his latest broadside, Bolsonaro, a former army captain, suggested the military should conduct its own parallel ballot count alongside the court.

Two of the sources warned of a potential institutional crisis if Bolsonaro were to lose by a narrow margin, with scrutiny focused on the role of Brazil’s armed forces, which ruled the country during a 1964-85 military government that Bolsonaro celebrates.

During his unannounced trip, Burns, a career diplomat nominated by Biden last year, met at the presidential palace with Bolsonaro and two senior intelligence aides – Heleno and Alexandre Ramagem, then-head of Brazilian intelligence agency Abin. Both were Bolsonaro appointees.

Burns also dined at the U.S. ambassador’s residence with Heleno and Bolsonaro’s then-Chief of Staff Luiz Eduardo Ramos, both former generals. Brazil’s military has historically enjoyed close ties with the CIA and other U.S. intelligence services.

At the dinner, according to one of the sources, Heleno and Ramos sought to dismiss the significance of Bolsonaro’s repeated allegations of voter fraud. In response, the source said, Burns told them that the democratic process was sacred, and that Bolsonaro should not be talking in that way.

“Burns was making it clear that elections were not an issue that they should mess with,” said the source, who was not authorized to speak publicly. “It wasn’t a lecture, it was a conversation.”

In a letter dated Sept. 2, sent by Heleno to Brazilian lawmaker Luciano Bivar, the national security adviser said he was present at the dinner hosted by the U.S. ambassador. In the letter, posted on the website of the lower house of Congress, Heleno said it was a “courtesy event and, naturally, took place with informal conversations on topics of mutual interest between Brazil and the United States of America.”

It is unusual for CIA directors to deliver political messages, the sources said. But Biden has empowered Burns, one of the most experienced U.S. diplomats, to be a low-profile mouthpiece for the White House.

Last month, for example, Burns said in a public address that in November, four months after visiting Brasilia, Biden dispatched him to Moscow “to convey directly to (Russian President Vladimir) Putin and several of his closest advisers the depths of our concern about his planning for war, and the consequences for Russia” if they proceeded.

The tenor of his comments in Brasilia was reinforced the month after his trip, when U.S. National Security Advisor Jake Sullivan visited Bolsonaro and raised similar concerns about undermining trust in elections. However, the Burns delegation’s message was stronger than Sullivan’s, the Washington-based source said, without elaborating.

“It is important that Brazilians have confidence in their electoral systems,” a U.S. State Department official said in a statement when asked for comment, adding that the United States is confident of Brazil’s institutions, including free, fair and transparent elections.

On Saturday, however, in a fresh sign of disquiet among some of Washington’s foreign policy establishment, the most recent U.S. consul in Rio wrote in a Brazilian newspaper that the United States should make it clear to Bolsonaro that any effort to undermine elections would trigger multilateral sanctions.

Biden and Bolsonaro have yet to speak.

During the 2020 U.S. presidential campaign, the two clashed over Bolsonaro’s environmental record, and he was one of the last world leaders to recognize Biden’s victory over Trump.

Officials in Washington have sought to improve ties with Brasilia in recent weeks, and the presidents of the two largest nations in the Western Hemisphere may soon meet in person if Bolsonaro attends June’s Summit of the Americas in Los Angeles. 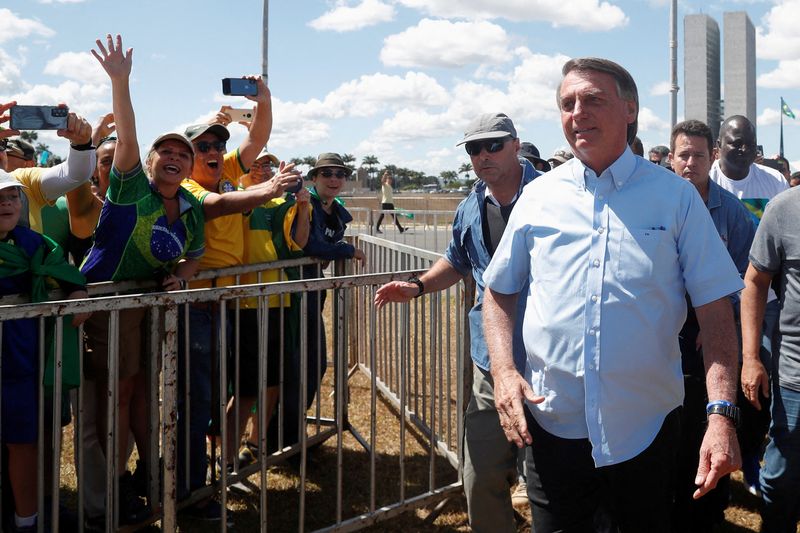 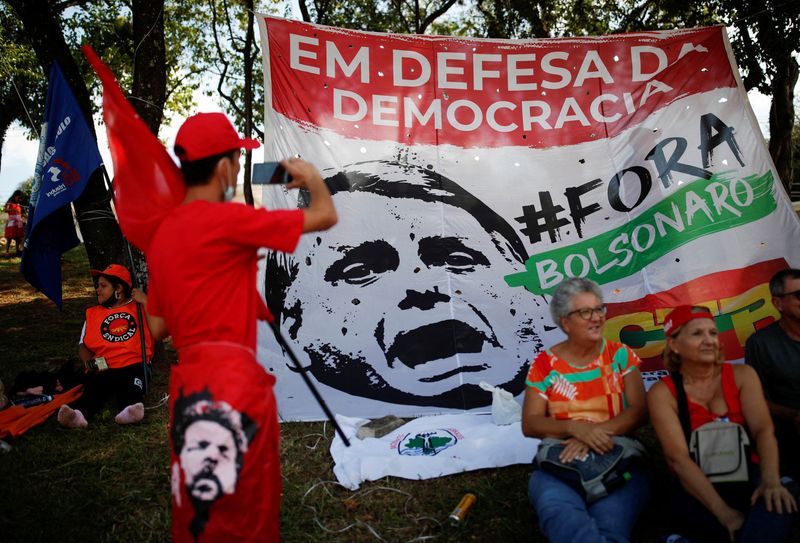 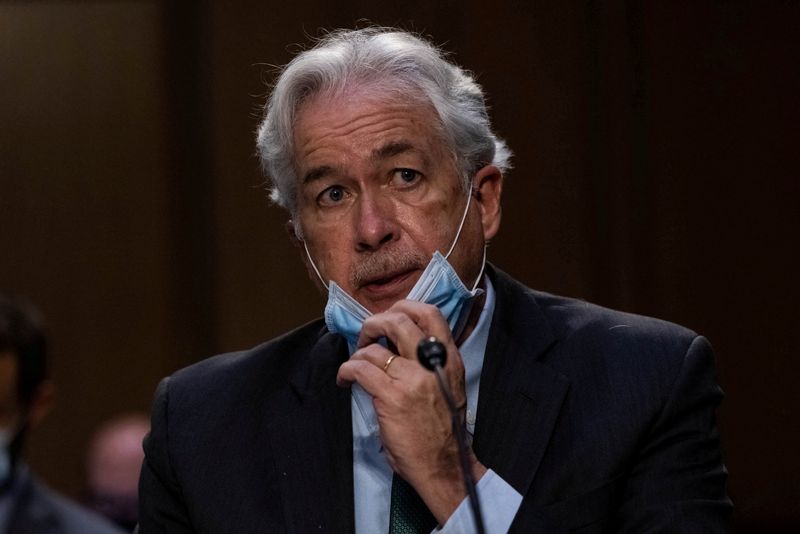