BERLIN -German industrial orders fell more than expected in March, driven mainly by a reduction in orders from abroad as the war in Ukraine hit manufacturing demand in Europe’s biggest economy, data showed on Thursday.

Orders for industrial goods dropped 4.7% on the month in seasonally adjusted terms after an upwardly revised decline of 0.8% in February, figures from the Federal Statistical Office showed.

The March figure was the sharpest monthly fall since last October, the office said. A Reuters poll of analysts had pointed to a drop of 1.1%.

Foreign orders decreased by 6.7% in March on the previous month, the office reported.

The Economy Ministry said the data showed the considerable impact of the Ukraine war on industry as rising uncertainty hits demand predominantly in non-euro zone countries.

“The outlook for the coming months is currently subdued,” the ministry said.

Analysts saw the data as another sign that Germany could be headed for a recession.

“The German economy is programmed for a downturn,” said Thomas Gitzel, chief economist at VP Bank, pointing to a plunge in exports in March as well.

“The war in Ukraine, the supply chain problems and high rates of inflation are spoiling companies’ appetite for investment. Incoming orders are suffering from this,” he said, adding that a recession was becoming increasingly likely.

Alexander Krueger of Hauck Aufhaeuser Lampe Privatbank said that so far industry was not suffering from a lack of orders but from faltering supply chains.

“The longer the Ukraine war lasts, the more order cancellations will follow,” he warned. 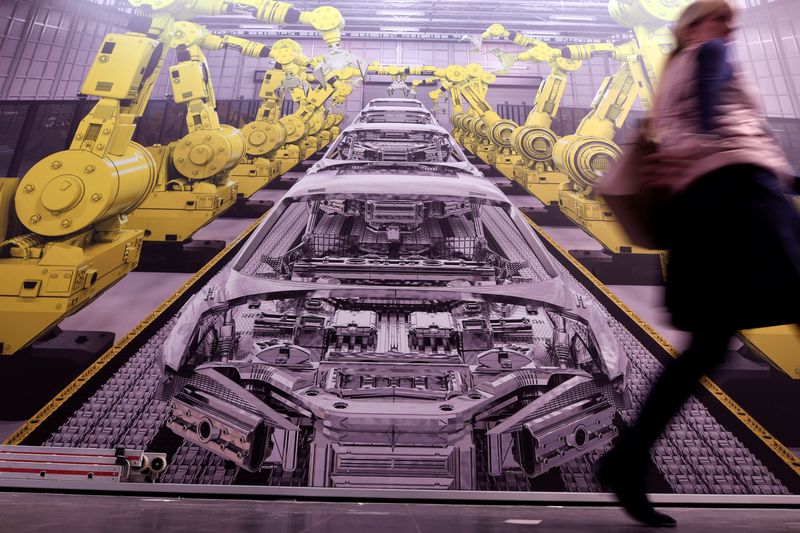